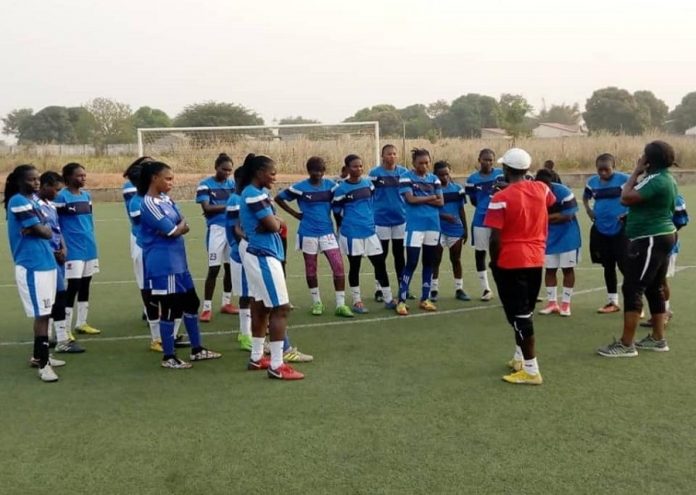 With just two weeks to go before the Wafu Women’s tournament starts in Sierra Leone, Gambia coach Mariama Bom Sowe is winding up technical preparations with intensive training at the Football Hotel in Yundum.

A bevy of girls, tested and trusted from the women’s first and second division leagues are teamed to carry the Gambian flag in this tourney.

The Gambia will play in Group B against Guinea Bissau, Liberia and Mali.
“We are going all out to fight for a place in the semi finals to make a difference. We are confident because all our previous matches against Guinea Bissau and Liberia mostly ended in our favour “, the coach told GFF media.She noted however that Mali is a hard nut to crack given their strong history as a footballing nation by all standards.
” But we will focus on the positives and use every opportunity”, she added.

Sowe who is also the Interior Women’s Club FC, said there is a lot of excitement among the girls about the opportunity to represent their country in this tournament. “We are also buoyed by the encouragement of the fans and support from Federation.”
The coach believes her girls are determined to make history.
The Wafu Women’s tournament starts from February 25 to March 7 in the towns of Bo and Makeni in Sierra Leone.