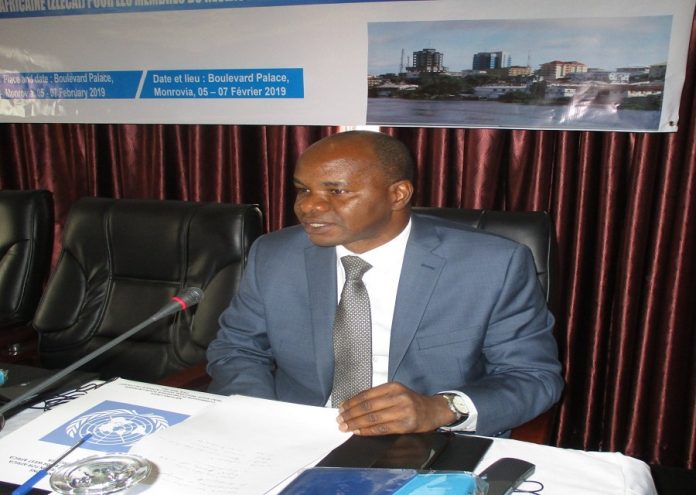 The Gambia is one of the West African countries that is yet to ratify the African Continental Free Trade Area (AfCFTA), an agreement to create a single continental market for goods and services.
The declaration for the creation of AfCFTA was signed by 49 countries, including The Gambia, in Rwanda in March 2018. After the signing, 22 countries have to ratify the agreement before it could come into force. So far, 18 countries ratified.
Ethiopia, the 19th country, ratified last week but is yet to deposit the instrument of ratification to the African Union. After Ethiopia, three more countries need to ratify the continental free trade for it to take effect.

Peter Joy Sewornoo from the Trade Policy Directorate of the Economic Community of West African States (ECOWAS) said of the 18 countries that ratified, eight are from West Africa: Ghana, Niger, Cote d’Ivoire, Guinea, Sierra Leone, Mali, Senegal, and Togo.
In essence, even though The Gambia had signed onto the agreement, it is yet to ratify document to formally make the country part of the continental free trade area. Benin and Nigeria are also yet to ratify the agreement.
Tei Konzi, ECOWAS Commissioner in-charge of Trade and Free Movement, said it was expected that trade among African states will increase from less than 20 per cent to 52 per cent, valued at about US$ 35 billion by 2022, when the AfCFTA agreement comes to reality.

It would also remove tariffs on 90 per cent of goods, liberalise services and tackle other barriers to intra-African trade, such as long delays at border posts.

Mr Konzi said the implementation of the AfCFTA would accelerate borderless environment merging all homes, infrastructure, investors and investment as well as institutions together to better fight poverty, unemployment and economic stagnation.
A study by the UN Economic Commission for Africa (ECA) shows that the AfCFTA is win-win for all countries, big and small, agricultural and industrial, landlocked and coastal, in regard to both increases in exports and overall welfare or gross domestic product.

The assessment reveals that smaller economies, like The Gambia, should not fear the AfCFTA reforms but rather embrace it; particularly, as African least developed countries would be those getting the largest increase in intra-African exports of industrial products.
With average tariffs of 6.1 per cent, businesses currently face higher tariffs when they export within Africa than when they export outside it. AfCFTA will progressively eliminate tariffs on intra-African trade, making it easier for African businesses to trade within the continent and cater to and benefit from the growing African market.
An expert on free trade agreements who is involved in the AfCFTA discussions in the Maghreb region said if countries are to fully tap the full potential of the continental free trade agreement, there is a need to develop their industrial base.
Mr Kouider Lahoual said African countries have to develop their infrastructure, both nationally and regionally, as well as develop and diversify the export base of the economies.

He said the countries have to also embark on reforms to create conditions for businesses to thrive, and the private sector has to be involved in the free trade process from negotiation to implementation.

Countries that ratified AfCFTA
Even though 49 countries have signed onto the AfCFTA declaration, 18 countries ratified, which is less than the 22 required for the agreement to come into force.
While all the North African countries signed the declaration, none of them are yet to ratify the agreement.

From Southern Africa, Eswatini, Namibia and South Africa have ratified, while Uganda, Kenya, Djibouti and Rwanda in East Africa.
In Central Africa, Chad and the Republic of Congo have ratified while West Africa has the most ratifications from Ivory Coast, Ghana, Guinea, Mali, Mauritania, Niger, Senegal, Togo and Sierra Leone.