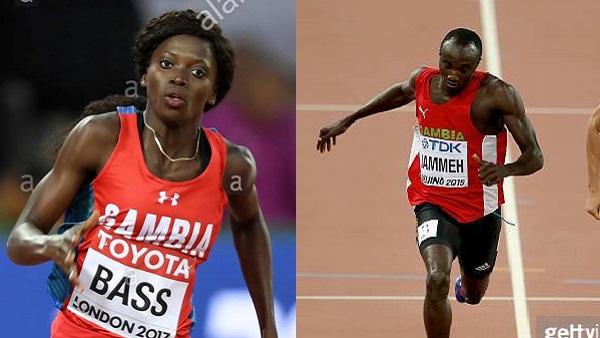 Gambian sprinters Adama Jammeh and Gina Bass have both won their 200 meters event in France where they are invited as runners from the IAAF High Performance Center in Dakar.
The duo, who would be joined by other Gambian athletes from the Center, are in France grabbing an opportunity to fine tune and seek qualification standards ahead of soon coming major competitions.

Gambia Athletics Association sources told The Standard that the athletes are registered with some clubs in cities across France who invited them to run for them and at the same time avail themselves with more preparatory competitions.
“This arrangement the French athletics clubs have with the Center in Dakar will help the athletes work even harder for their qualification and general performance. Adama Jammeh covered the 200 meters in 2019 while Gina did it in 23.22. Both results are very encouraging and they will have more competitions across France in the coming days. We are hoping that they will be joined by our other athletes at the Center, Ebrima Camara, Assan Faye and Alieu Joof”, said GAA president Dodou Joof.

The GAA president added that the whole arrangement is coordinated by the directorate of the IAAF Performance Center in Dakar who are very proud of the link that helps them in their training programme .

The GAA is hopeful that country’s top athletes at the IAAF High Performance Center will be in great shape ahead of the African athletics championship in Morocco and the world athletics games in Doha, both holding later this year.