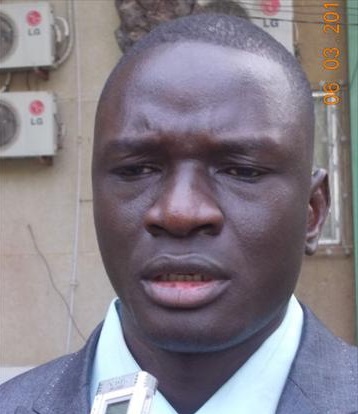 Mambanyick Njie, the Public Relations Officer of the opposition Gambia Democratic Congress has said the recent remarks by its national chairman Dr Demba Sabally about the UDP leader Ousainu Darboe were his personal view and not that of the GDC.
Dr Sabally was caught on tape at a closed-door meeting, saying that the GDC prefers a few more years of Barrow to even two days of a Darboe leadership.
But in his rebuttal yesterday, PRO Njie said those comments do not represent the position of the GDC.

“Our party has a lot of respect for Mr Darboe in person and as a politician. Our only difference is that he believes UDP has the best policy for The Gambia while we in the GDC believe we have the best and that’s where it stops. That is politics, it’s all about rivalry of ideas and not enmity,” Mr Njie said.
He concluded by assuring the Gambian people and the UDP leader that Dr Sabally’s comments are not a reflection of the GDC and must be taken as his personal opinion.