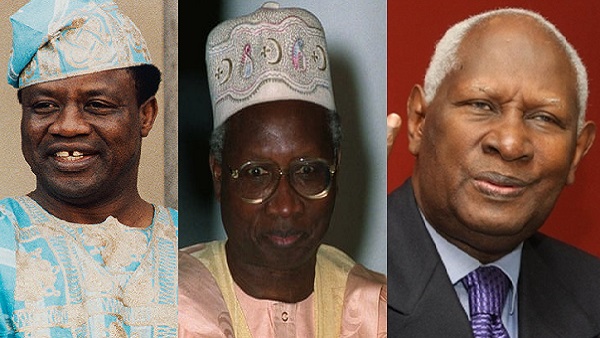 On September 30th, 1989, President Abdou Diouf of Senegal angrily took the unilateral decision to end the Senegambia Confederation, withdrawing all his combat and support forces in The Gambia and shutting down all trade and business routes in and out of our country affecting our common northern, eastern and southern borders.

This essentially left The Gambia with only her air and sea routes to conduct her importation and exportation business. It was apparently calculated to destroy The Gambia’s economy altogether. If that happens, Sir Dawda Jawara would be compelled to go back to him, kneel for clemency and surrender the will and fortitude of The Gambia to Senegal’s mercy in a similar way they control us today. Illogically, no one wants to discuss the persistence of the three-decade old strangulation now as Senegal controls our current government.

From a practical perspective however, it had an adverse effect on The Gambia National Army’s (GNA) means of survival in that the British Army Training Team (BATT), the caretakers of the institution, couldn’t figure out a solution to fix the quagmire.
The army was intrinsically formed five years before in a wish to eventually get rid of the “obnoxious” Senegalese forces in The Gambia, but unprepared for their unpredicted departure, the whole predicament evoked memories of the paradoxical maxim of one getting what one has been wishing for.

Obviously, contrary to the advice of the BATT commander, Colonel Gilbert, to the PPP government that everything was satisfactory and under control in the GNA, the situation in the barracks was far from that hypothesis. The British military colonel had only few more months left in the country to finish his assignment as BATT commander and was not going to risk creating any speed bumps on the highway to his new mission in Bahrain. He was appointed military adviser or attaché to the Bahrain army or government.

However like in almost all African government settings across the continent, the word of the dumbest “toubab” (white person) stands a far better acceptability chance than that of the smartest black person, so in this case, the PPP government simply proved the rule accurate.

They focused all their attention on the country’s tail-spinning economy precipitated by our neighbour’s rigid embargo, indicating no hope of recovery upon its predicable crash. Besides, the army as far as the government was concerned, didn’t mean much other than an employment hub for the under-educated, children of peasants and social misfits.
But thanks to the timely assistance rendered by General Ibrahim Babangida, the Nigerian head of state to Sir Dawda Jawara – two diametrically opposite characters claiming at the time to be best of friends – The Gambia’s economy ultimately endured the Senegalese strangulation.

It was ironical to see Sir Dawda hailed in global politics as a unique champion of democracy, promoting respect for human freedom and rights being friendly to General Ibrahim Babangida who in 1985 was universally dismissed as just another ruthless army general who seized power from his predecessor General Muhammadu Buhari and continued to perpetrate the same undesirable system of military government characterised by draconian decrees, massive corruption and above all, intolerance for human rights and international law.

Did the Gambian leader shrewdly play the polarising Anglophone-Francophone card that irrespective of well-intended leaders of Ecowas to work together for the common interest of all member states often, drove a wedge of disunity between the distinctive binary blocs still directly or indirectly under the residual influence of colonialism? Like for instance a romanticised anecdote from Sir Dawda Jawara to General Babangida illustrating how the Senegalese Goliath had looped a noose around the economic neck of the Gambian David and whose survival depended on an emergency-rescue slingshot from the Nigerian Samaritan effectively elevating the artificial-tribal adrenalin in the Anglophone-General. And this impelled him to cut his needy friend an opened cheque to the bank. Or was it something else behind the mysterious friendship?

Probably Sir Dawda in 1985 paid a timely homage to the general by being among the first African democratic leaders to recognise his unpopular government immediately after ousting Buhari. Of course, I could remember our president doing that for President Samuel Doe of Liberia that instantly cemented their relationships as friends up to the day he was captured and executed in 1990. Just for the records, President Doe was also very close to all Anglophone heads of state in West Africa: Babangida of Nigeria, John Rawlings of Ghana, Joseph Momo of Sierra Leone and our dear Sir Dawda Jawara of The Gambia who up to the end all wanted to save his life.

Notwithstanding, on April 12th, 1980, Master Sergeant Samuel Doe, a grade 11 school dropout shocked the whole world with his military takeover of Liberia by brutally bayonetting 66-year-old President William Tolbert of Liberia to death in his mansion’s bedroom, and went on to publicly parade all his 17 cabinet ministers naked in the streets and in a hasty kangaroo court charged them with treason, convicting 13 within ten days and had all executed by firing squad on the beaches of Monrovia while the crowd cheered and celebrated the slaughter. Interestingly, among the only four ministers spared out of the 17, was Tolbert’s finance minister at the time Ellen Johnson-Sirleaf who later in 2006 would be elected the 24th president of Liberia. It was nevertheless one of the nastiest coup-d’etats the world had ever witnessed, most of it caught on tape and distributed around the world.

But believe it or not, Sir Dawda was the first president in the Ecowas region states to recognise Doe’s military government and even invited him to The Gambia in what was dubbed as President Doe’s first state visit since massacring his way to power. Sir Dawda even escorted him on a tour of the Fajara Field Force Barracks. That was a few months before Field Force Deputy Commander Eku Mahoney was shot and killed by Private Mustapha Danso. Why take President Doe to the Field Force Barracks? Possibly, because of the pervasive fear at the time that there was some mischievous activities cooking in the camp and may prompt a coup in The Gambia similar to that of Liberia’s. The simultaneous emergence of the radical political organisation, the Movement Of Justice in Africa (MOJA) in Liberia and The Gambia campaigning for the replacement of neo-colonial African puppet regimes with “free” socialist system of governments was certainly a cause for concern.

My theory may be wrong, but if that could have brought Sir Dawda together with Doe as permanent friends in 1980, I see no reason why he may not have repeated the same diplomatic initiative in 1985 to win Babangida’s heart as his best friend.
Anyway to cut a long story short, Sir Dawda received the needed financial assistance from Nigeria to continue defying Senegal’s pressure to yield to their demands until the coup in 1994.

Apart from him alone and perhaps with a few of his confidantes, the public was kept in the dark on how much or in what form and condition the Nigerian government had provided the generous bailout to The Gambia. It was not until after the 1994 coup, that a commission of inquiry established by the AFPRC junta revealed a part of it which was a grant of sizable tonnages of crude oil supplied daily from Nigerian oilfields to The Gambia government for refining and selling or, if they wanted, for re-exporting to prospective buyers. Sir Dawda, who was once teased by Ghana’s iconic president Kwame Nkrumah as a British boy for accepting knighthood by Queen Elizabeth II when African leaders were thunderously denouncing colonialism as the continent’s worst nightmare, once again proved Osagyefo right for secretly contracting a British company to be lifting and selling the oil subsidy from Nigeria on behalf of The Gambia.

The Gambian president was so pleased with his Nigerian counterpart that five months after, during The Gambia’s silver jubilee independence anniversary on February 18th ,1990, he invited General Babangida as the nation’s chief guest of honour.
US Texas governor at the time, George W Bush, who ten years later in 2000 was elected the 43rdpresident of the USA was in attendance as well, but as an ordinary guests of honour.

Exactly two months later on April 22nd, 1990, General Babangida barely survived a coup attempt that had most of his guards killed including his aide-de-camp, Major UK Bello who had accompanied him to The Gambia, a soft spoken officer I personally ran into at the Independence Stadium.

It was the mechanised battalion under the command of Colonel Abubacarr Dada that foiled the coup. The leader of the mutiny, Major Gideon Orkar, and 41 other Nigerian army officers were subsequently killed. Colonel Dada would in 1992 be appointed commander of the GNA, in a contract that played a pivotal role in why the army rebelled in 1994. That’s a subject discussed below.

Then a month later, on May 30th, 1990, Ecowas convened its 13th heads of state summit in The Gambia under the chairmanship of Sir Dawda Jawara. Critical among the topics discussed was the raging civil war in Liberia started five months earlier. Member states couldn’t agree on a common position on how to resolve the conflict. As usual, Francophone countries in general including Senegal, Burkina Faso and Côte d’Ivoire expressed greater sympathy to Charles Taylor the insurgent who was initially winning while Samuel Doe and his government were rapidly losing the war. President Doe suggested a ceasefire and be given time to conduct early elections. But Taylor and his rebels seizing vast expanse of Liberian territory with only Monrovia the capital left to conquer, wouldn’t agree on any form of negotiation apart from how President Doe would surrender unconditionally or risked being killed or captured.

So whereas the Anglophone countries wanted a negotiated settlement, opened to the stratagem of assembling an external military contingent to intervene for peace, the Francophone countries maintained that Ecowas treat the conflict as nothing other than an internal matter prohibiting any foreign intervention. Our French brothers trumped, culminating in an untenable communiqué, suggesting an immediate ceasefire and the appointment of five mediating countries : Nigeria, The Gambia, Ghana, Mali and Togo.
The PPP government was by now sure of weathering the Senegalese storm of trying to wreak havoc on The Gambia’s economy but the problem of the GNA would soon be exacerbated by more bad advice from BATT coupled with the next incidents of the Liberian civil war that finally devoured the Jawara regime. My next paper will be all about that. Thanks for reading!

Samsudeen Sarr currently on a sojourn in New York City, US, was a former commander of the Gambia National Army, diplomat and the author of several books.