I have nothing personal against Barrow – Kandeh 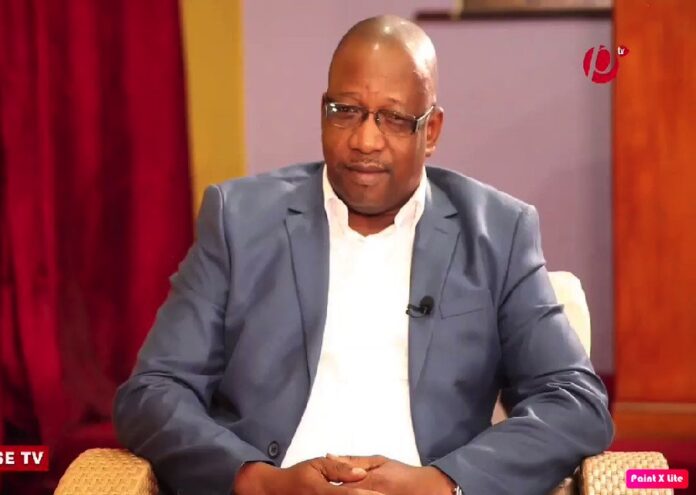 The opposition Gambia Democratic Congress leader said he has nothing personal against President Barrow but warned that he will criticise him whenever it is necessary.

President Barrow’s supporters, prominent among them his political adviser Dou Sanno, have described Kandeh as ‘someone living with a personal grudge’ against President Barrow hence his incessant invalid criticism of the president.

Both President Barrow and Kandeh come from the same constituency and have been political rivals, with Kandeh winning Barrow in a National Assembly election in 2007. The two men met again in the 2016 presidential election when Mr Barrow was elected president with Kandeh finishing a distant third.

But speaking in a GDC rally in CRR on Saturday, Mamma Kandeh said: “I have nothing against Barrow. I accept that he is the president but I don’t agree with his decision and leadership qualities. I will continue to criticise him when necessary. I don’t underrate him but no matter what happens, I will say what I want to say about the bad things he is doing because he has destroyed this country.”

The GDC leader alleged “there is rampant corruption in this country but nobody has been sacked for being corrupt despite compelling evidence.”

“There is a lot of abuse of resources, abuse of power. That’s huge frustration and, practically, people have not seen tangible socio-economic change in their lives,” Kandeh said.

Kandeh also urged his supporters not to fear for the future of the GDC, arguing that the party will never die.

On claims that he has sold the GDC to UDP, Kandeh said people should stop being hypocritical, arguing that nothing will come between him and UDP or any political party.

Kandeh also accused the government of using the NAFA money as a political tool.

“I want to tell you that the money is not coming from the president or his NPP. If they want to use that for politics, they should know that the politics of deception is all but over in this country and Gambians should wake up from their constant slumber,” he added.

He said Barrow is going round laying foundations across the country deceiving Gambians.

“This is all politics. If they were not politicking why should the president be travelling with a heavy delegation just to lay these foundations when we have ministers and governors?” he said.

The GDC leader said the likes of Hamat Bah should have been in a good position to advise the president.

“Unfortunately, the likes of Hamat who have for 22 years tried to be president unsuccessfully has forgotten the issue of the presidency. This clearly demonstrates that he was not interested in being a president; he was looking for a position. He was just using NRP to get money,” he said.

Turning to the 2021 presidential election, Kandeh said only death will stop him from contesting.

“People are going round in Jimara saying I am now with Darboe. That is not true. There is no alliance between UDP and GDC. Ousainu Darboe has never approached me and I have never approached him. It is the NPP who are fabricating these lies,” he said.

The GDC leader also welcomed the hundreds of NRP supporters who reportedly cross-carpeted to his party and assured them that the party belongs to all Gambians.