I Will Never Work For Barrow Again — OJ 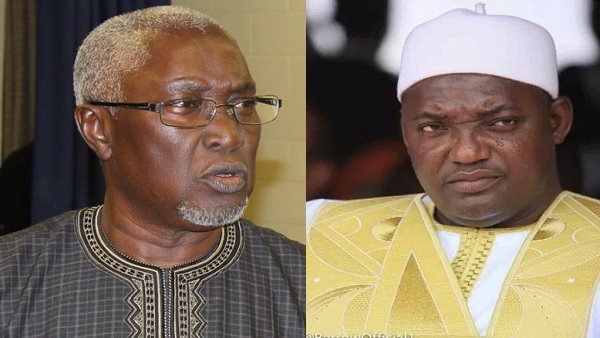 Omar Jallow (OJ), a former minister of agriculture in the coalition government, who was fired last year, has said he has not been contacted with an offer to return to his job, which became vacant following last weekend’s cabinet reshuffle.
Mr Jallow’s fellow PPP member Hon James Gomez, the minster of environment, has been assigned to oversee the ministry, prompting speculations that President Barrow may be considering rehiring OJ. But speaking to The Standard yesterday, Mr Jallow dispelled such rumours adding even if he is offered he will never work in President Barrow’s government anymore.

“I have said it several times that I don’t want to be minister anymore under this administration. I was not in the struggle because I want to be in office. I was in the struggle because of my country,” OJ told The Standard.
The former PPP leader said many other people have appealed to him to consider in case an offer is made but he has told them that he will never work for Barrow again. “I told them Barrow has not contacted me since I left cabinet. I don’t think I can work in the cabinet anymore because I was not happy with the way I was treated and he [Barrow] has not talked to me since then,” he asserted.

Jallow added: “Everybody knew how much I contributed to the Coalition and for his (Barrow’s) election and I believe I can continue my contribution without being in cabinet. I was doing it for 22 years under Jammeh which was more difficult.”