Ibou Kante debuts with a bang in Bangladesh 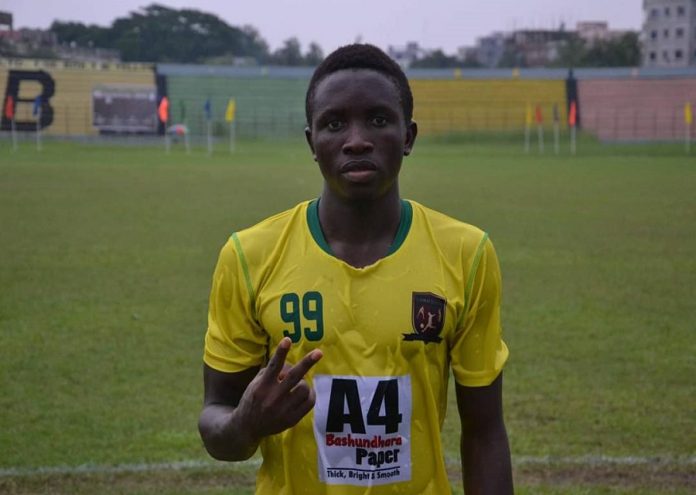 Former Brikama midfield maestro Ebou Kante has scored on his debut for Sheikh Jamal FC as they beat Arambagh Krira in the Bangladesh Premier league.

Ebou, popularly known as Gaucho has been a regular since joining the Yellow Tides in early May.

Thursday’s victory came after a mixture of results which resulted in his team finishing fifth place with 23 points.

But on Thursday Sheikh Jamal who were missing Solomon Kanform went home with all the three points thanks to Ebou Kante’s 18 yard shot in the 46th minute.

Kante who also previously featured for Real de Banjul was relieved after scoring his maiden goal.

“I haven’t been bothered about my goal drought and I know it has been difficult in the past games, but I believe luck wasn’t on my side neither.

I worked extremely hard on training grounds for my goals and finally it has come and a lot more will follow”, he promised.

The Bangladeshi premier league is a hub for Gambian players with some going on to become very successful.

InThe Gambia Ebou Kante has played in all categories of the national team including three caps the national senior.