IEC’s suspension of NCP is wrong and Section 127 (2) of the Elections Act is unconstitutional! 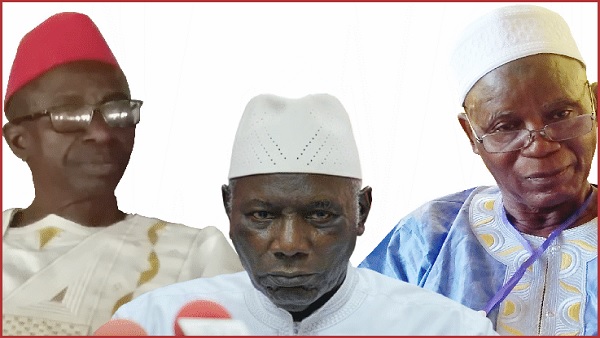 The recent invocation of Section 127 by the IEC to suspend the National Convention Party (NCP) for holding two congresses and announcing two party leaders is wrong and unconstitutional. The said section violated the democratic and legal safeguards NCP and others parties are mandated by IEC to uphold.
To appreciate the illegality of the section itself and wrongfulness of the exercise of the purported power under it, I hereby reproduce it seriatim:
“127. (1) Where any issue arises relating to electoral matters which is not addressed by this Act or any other law, the Commission shall resolve such issue in keeping with the standards and rules of natural justice and fairness.

“(2) A decision of the commission with respect to an issue arising under (2) subsection (1) shall be final and shall not be called into question in any court of law.
Section 127 stands on the following limbs: a) ‘ electoral matter which is not addressed by this Act or other law’ and b) ‘resolve such issue in keeping with the standards and rules of natural justice and fairness’. The first limb requires the IEC to forage among laws to see whether the issue at hand had been catered for by the Constitution, Act or other laws, while the second one requires the application of the principles of Audi Alterem Patem ( heard from both sides) and Nemo judex in causa sua ( don’t be a judge in your own case).

As I have mentioned in my previous post, the IEC pursuant to s. 105 of the Election Act had received details and other vital information about the NCP. In its records, the names of the principal officers of the NCP are captured and it went ahead to publish on its website Mr Badara Sidibeh as the party leader. Therefore, I do not see any reason why IEC will communicate with any other person or group other than or that do not include Mr Sidibeh. IEC should go by the records as failure to do so and by recognising another faction would amount to it descending into the internal issues of the NCP.

The constitution and the Act have made the IEC an impartial umpire which shall regulate political parties and conduct free and fair elections. Therefore, its engagement with both factions through exchange of correspondence amounts to tacit recognition, thereby making it a party and at the same time judge in deciding on the suspension.
Section 127 is unconstitutional as it oust the jurisdiction of the courts contemplated in Section 5 of the constitution. Section 5(2) provides a forum for alleged violations of the constitution to be challenged so that the court can make orders and give direction in a declaration in enforcing the constitution. Section 60 provides for registration of political parties. Therefore, a challenge to any decision leading to suspension or de-registration of a registered party cannot be ousted by a legislation subsidiary to the constitution. Section 127(2) is an ouster clause ousting the jurisdiction of the courts to question the commission’s decision made pursuant to subsection (1).

As highlighted, Section 127(2) is unconstitutional because it is conflicted with Section 5(2) of the constitution by making the commission’s decision final and baring courts from looking into such decision. Similarly, it is unconstitutional as it ousted the supervisory jurisdiction of the high court over adjudicatory authorities. Section 133 of the constitution empowers the high court to exercise “supervisory jurisdiction over all lower courts and adjudicatory authorities in The Gambia, and in the exercise of its supervisory jurisdiction, shall have power to issue directions, orders, or writes, including writes of habeas corpus, orders of certiorari, mandamus and prohibition as it may consider appropriate for the purposes of enforcing its supervisory powers. ” This exercise of the power of the high court is called judicial review. The court undertakes the review process when a person or body complaints to it about a public body or administrative authority’s decision on the grounds of want or lack of jurisdiction, bias, unfairness, etc. The process enables citizens or the regulated entities to challenge decisions of public bodies or regulatory bodies over decisions they took.

Having said above, I hold the view that the decision by the IEC to suspend NCP because it “it failed to hold one unified congress but held two different party congresses and had announced two party congresses” is wrong and biased against the party leader whose name is already with the commission. As a matter of fact, I am surprised that one of the justifications of the suspension is that NCP “had announced two party congresses”. Should IEC rely on an announcement or a correspondence addressed to them?
The suspension is completely against natural justice and fairness to my mind because it had dealt with the two factions and relied on the announcements of the their congresses to suspend them. It’s recognition of both factions as factions and treating them as equals became unfair to the faction that included Mr Sidibeh whose name IEC has on its website as party leader. Equally, the IEC’s decision resting on Section 127 including subsection (2) which ousted the right of aggrieved persons or bodies to access the courts for breach of the constitution or for judicial review makes the suspension bad in law. In a nutshell, it rested on nothing that can make it stand. Section 127(2) is in conflict with Section 5(2) and 133 of the constitution and thereby making it null and void to the extent of its inconsistency (see. 4 of the Constitution).

Similarly, the law reform commission and the National Assembly should make move to amend Section 127(2) to allow it to conform with the constitution, thereby allowing political parties and persons who subscribed and surrendered their rights and interest to parties to challenge any decision made against them by the Commission.

Share
Facebook
Twitter
Pinterest
WhatsApp
Previous articleNail Biting! How detailed is your knowledge of this issue?
Next articleOn government’s cluelessness and irresponsibility: The GACH arms saga Only a clueless and irresponsible government can come out of a dictatorial regime and issue firearms and ammunition importation licence to a company with an unmanageably large and diverse business portfolio
Join The Conversation