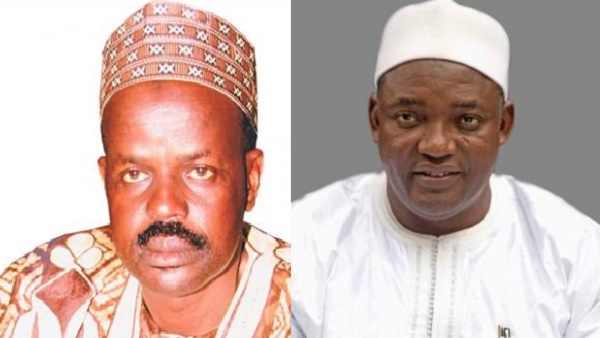 Outspoken Muslim scholar and Imam, Baba Leigh has told a gathering of the Fula community in The Gambia, Tabital Pulaagu Mbo Gambia that both President Barrow and opposition GDC leader Mamma Kandeh are Fulas and like many others, they should not be divided by politics.

Speaking further at the group’s congress at Friendship Hostel, Imam Leigh advised the Fula community to resist any form of decision on political lines.
“Each of you can support any political party of your choice but you must all recognize and respect your culture and tribe as Fulas. You cannot change that. Adama Barrow is a typical Fula; if anyone wants to make him something that will be just to use him but even his parents, grandparents are all Fulas from Barrow- Kunda in Futa Toro,” Imam Leigh said.
Having said that though, Imam Leigh said the occasion was not a political gathering since the association is apolitical.

“I am a Gambian first before being any tribe and a Fula before any religion, thus I grace this occasion because it is a Fula association and that’s where I belong as a tribe. All what this organization is looking for is to give equal right to all citizens,” Imam Leigh stressed.
He said the congress will afford the members the opportunity to interact and know each other, maintaining that tribe and religion are more important than politics.
Also speaking to journalists on the sidelines of the congress, Imam Leigh lamented that Fulas are very often treated in generality as foreigners in The Gambia.

He said many Fulas who are very much qualified as Gambians having been born here are often afraid to argue their case when confronted by immigration officials.
“Because of their nature of being too simple and peaceful many Fulas will prefer readily giving out monies to officers to pass than proving their citizenship and many are targeted unfairly.”

He narrated an encounter when a Fula man was even asked by an officer where he got his ID card from just to intimidate him.
“I had to call his boss who blamed him for asking such a question, knowing that only the Immigration department has that authority.”

Imam Leigh, who was proposed to contest for the presidency of the association, explained that he had to step aside because he is too busy with many other engagements in addition to his religious responsibilities.
“I’m happy to contribute to anything that promotes unity in the Gambia and upgrading my tribe,” Imam Leigh concluded.