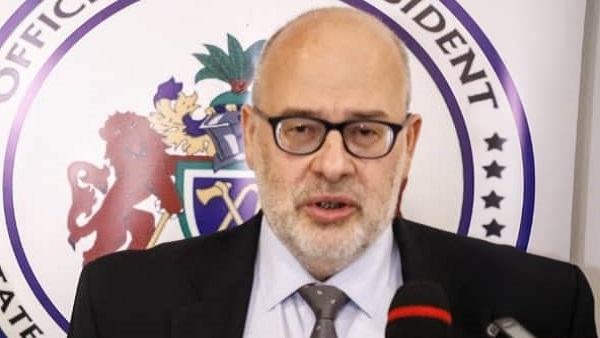 The International Monetary Fund has reached an agreement with the government of The Gambia to inject about 50 million dollars to strengthen the country’s economy.
The agreement is under the Extended Credit Facility – the fund’s main instrument of support for low-income countries.
Jaroslaw Wreczoreck, head of the IMF Staff Monetary Programme mission in Banjul called the agreement “historic”.

The mission was in Banjul to assess the 2019 SMP and discuss The Gambia’s request for a fresh programme with financing that could be supported by the ECF.
Mr Jaroslaw added:“We are expecting that the agreement would bring about 50 million dollars to this country over a period of three years which will be for balance of payment support. Essentially, it is to strengthen the official reserves of the Central Bank.”
He explained that the support is coming because The Gambia built a positive track record of performance under the SMP.

“It was a very good year for the Gambian authorities in terms of economic performance as shown in the strong revenue collection and foreign exchange accumulation. There was a boost of confidence in the economy as a result of the solid fiscal performance and also as a result of exchange rates stability and credit growth with very fast rate which enabled expansion of private sector activities, construction and services,” he said.

With economic growth of 6 percent of GDP in 2019, low inflation and stability of the Dalasi, the IMF SMP chief said the prospects for The Gambia remain good as the government increases revenue capacity.

“We still continue to see increased revenue collection. Tax payment is a very good component of the civic duties of all citizens and companies. GRA is a very important institution that needs to do its job and provide the resources to the government,” he said earlier, following an audience with President Barrow.
Finance Minister Mambury Njie hailed the agreement and praised Barrow for efforts to making this development a reality.