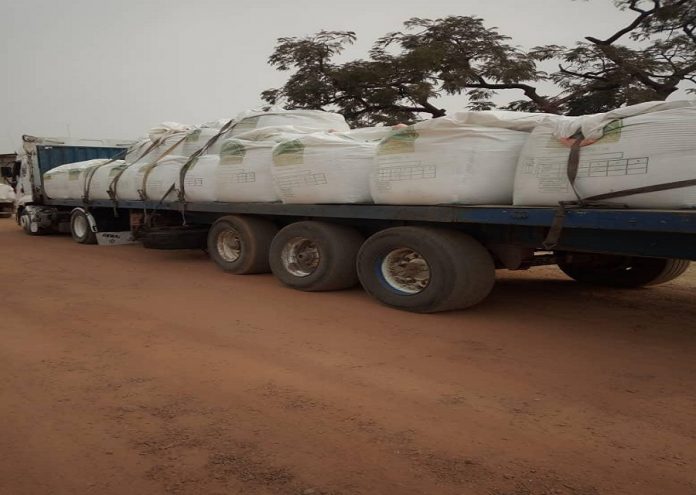 The Cement Importers Association of The Gambia, with a membership of over thousand has claimed that contrary to his claims that he owns a cement factory the proprietor of Tiger Cement, Hamidou Jah is actually importing ready-made cement from Senegal.
Last month the Gambia government slammed a 75 percent increase of tax on importation of cement on the pretext of protecting local companies such as Tiger Cement.
The measures resulted in a hike in the price of cement and scarcity.
“Hamidou Jah, who the government claimed is manufacturing cement in the Gambia, is now importing readymade cement from Senegal in big bags. We show the bags with a label Sococim, a major Senegalese cement,” the importers’ association’s public relation officer, Alhagie Ceesay alleged in a Standard interview yesterday.
He said Tiger cement is using those big bags to fake people, adding “If they put the cement in those bags when they arrive all they do is to transfer them into small bags in the Gambia.”

Mr Ceesay said it makes no sense for the government to impose a high rate on importers to protect local factories that never exist in the first place.
“We have clear proofs that Tiger Cement is importing cement from Senegal for the past three days or so through Farafenni and we are also sure he is not paying the required tax levy imposed on businesses importing cement from Senegal. We got the news from Farafenni where his trucks were passing with the cement. We were informed that he wanted to sell the cement to the businessmen there for D250 per bag,” Ceesay alleged.
Mr. Ceesay lamented that the new policy has taken so many business and employees out of business in the country. “The truth is a factory if there exist any, should be able to manufacture 60% of its products in the country but this is not the case with these so called factories in The Gambia.”

However, when contacted for reaction, the Tiger Cement proprietor, Hamidou Jah denied all allegations explaining that trucks pictured by his critics were carrying powdered cement and not ready made cement.
“The picture they showed you are powder cement that we imported from Europe through the Senegalese port. If they have proof that it is readymade cement let them prove it to you,” he concluded.