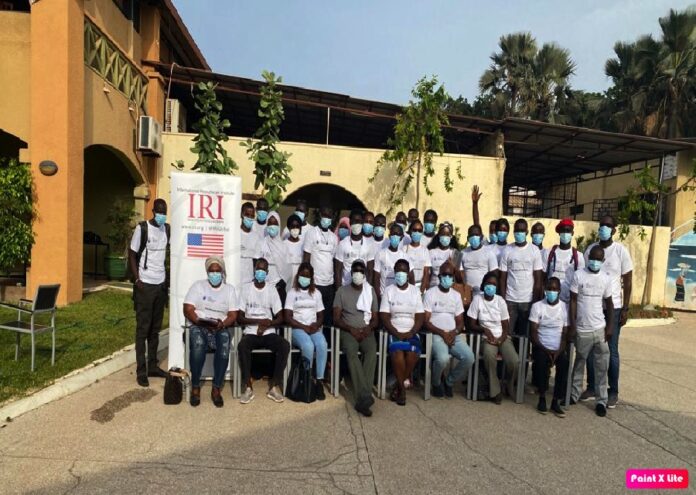 Stakeholders at a five-day maiden IRI Building Resources in Democracy, Governance and Elections (BRIDGE) training for civil society and media yesterday urged media practitioners to maintain neutrality in reporting the 2021 presidential election for peace and security of the country.

The topic of the training which brought together the media, CSOs and academia focused on election administration and internationally accepted principles of democracy and good electoral practice.

It was also meant to sensitise media practitioners on dangers of partisanship in elections coverage.

The participants urged media practitioners to “at all cost be neutral and accountable in their election coverage and reportage.”

The stakeholders tasked media owners on the need to allow professionalism and ethical conduct to guide their operations.

The stakeholders noted with concern the proliferation of “unethical practices” among journalists in general reporting and elections coverage in particular.

“Media practitioners must always be guided by the election regulations and the Gambia Press Union Code of Conduct,” the stakeholders urged.

The participants also urged the government and relevant agencies to open up the space to allow journalists access information freely.

“The media should as a matter of necessity interrogate claims and ensure accuracy from all news sources before going to press,” Demba Kandeh, a lecturer at the University of The Gambia said. He said journalists should be always critical of themselves and stories they write before they publish. “Get all your facts before you go to press even if it will mean publishing last,” he said.

The political governance programme manager for Open Society Initiative for West Africa (OSIWA), Mathias Hounkpe, said journalists should have the capacity to distance themselves from their own preferences.

“The ability to remove yourself from the story and focus on the issues instead of the personality,” he said.

He said the CSOs should consider the media as close partners in the process.

Mathias has about 14 years experience working in capacity building, governance and institutional development.

He has been part of multidisciplinary research teams on subjects as diverse as the assessment of electoral systems and institutions, security in elections, good governance, elections and public policy related issues.

The training was organised by the International Republican Institute (IRI) and funded by the United States government.