Mai Fatty says APRC must not be discriminated 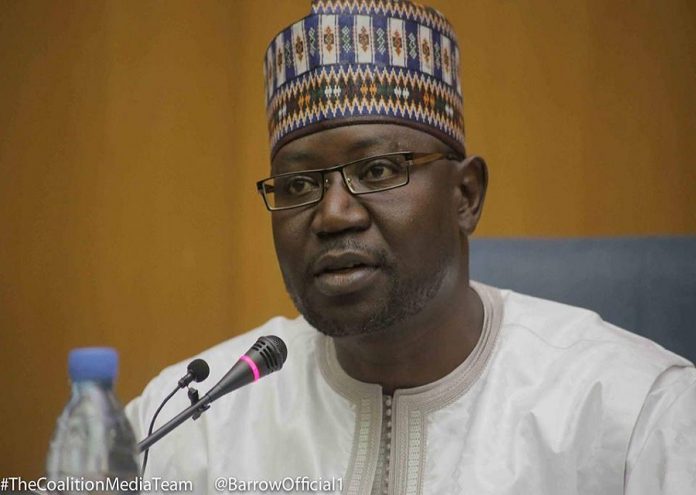 The leader of the Gambia Moral Congress he has no problem with reports of the former ruling Alliance for Patriotic Reorientation and Construction’s coalition talks with NPP and other parties.

“I will defend the constitutional right of the APRC to enter into lawful negotiations, merge with or ally with any lawful Gambian entity for legitimate electoral purposes,” Mai Fatty said.

He added: “I do not see why this should be a problem. As long as they remain a lawfully registered political Party, they should not be discriminated against in the electoral process. This is the dictate of the law and morality.”

The pejorative personal opinion of any Gambian about the APRC or its leadership, Fatty added, “should not deny them their proper entitlements under the law, as long as the party violates no law.

“In the consolidation of Gambian democracy, we must accord each their due and commit ourselves to equal protection laws,” he said.

Fatty said though he fought vehemently against the APRC for 20 years and not fond of the party but “like all other political parties, their right to freedom of association, must be held.

“If they break no law, they should not suffer any adverse consequences. If they violated our laws in any manner, they should have been subjected to the law in accordance with due process requirements,” he added.

Discrimination, he noted, “Is unconstitutional”. “At GMC, we believe in enforcing the law if it favours you to protect your rights, even if we do not like you, and not violate your rights,” he said.

He said “no leader can assume Office of President without taking an oath to enforce the constitution and other laws of the land without fear, favour or ill-will (including discrimination).”

“We all fought for freedom of association. It is not just an ordinary right; it is an entrenched provision in the Constitution. The right to associate must be defended without discrimination,” he concluded.

Most Gambians believe Barrow is not fighting corruption

Commendations for Mayor Bensouda: On track against corruption

July 29, 2021
The decision of Mayor Bensouda to suspend his CEO and Director of Finance and report them to police for investigations for corruption has been...

A new phase of coronavirus in The Gambia: What do we know about it?