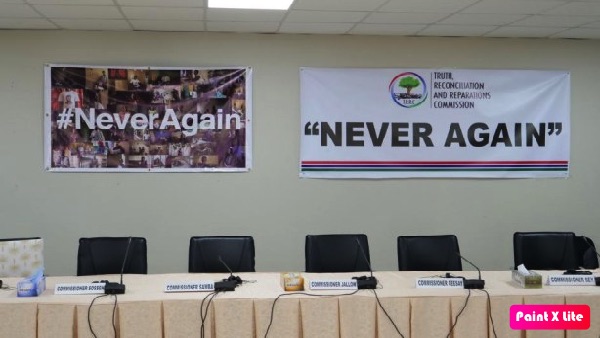 A week after the Truth, Reconciliation and Reparations Commission announced it has begun to pay monetary reparations, scores of victims have expressed outrage at the incredibly small sum allocated by the commission for reparations, calling it the “poorest in the world” and far below international standard.

The TRRC said the highest amount it is paying for cases of unlawful killings is D600,000.  The Commission said it has not got another D50 million promised by government and that the ones it is paying is coming from the initial D50M.

However, according to a number of victims who submitted complaints to The Standard, the issue is not whether TRRC has money or not but the incredibly small sum allocated for each of the categories.

“Imagine, a mere D600,000 as the highest for case of unlawful killing and lot more smaller sums for other categories. Some torture victims are getting a total of just a little over D100,000 as reparations. What is more, the TRRC is paying only about 20 percentage of these sums promising that the rest of the money is to be paid by government. This means that families of the dead or disappeared relatives got only about D100,000 while victims of other categories got as little D17,000 so far,” one victim complained, showing his payment and explanatory notes.

According to victims, it is ridiculous to swallow the fact that while hundreds of millions of dalasis have been spent on TRRC as salaries and other expenses, the most important component of their work, the victims, are to be given ‘chicken changes.’

“If The TRRC does not have enough money at hand, that is understandable, but the issue here is that the amount they decided as reparations whether to be paid by them or Government is grossly inadequate and the poorest in the world. Have they done their homework well to find out how such things are done according to international standards?” another one asked

The victims then called on the Gambia government to swiftly take over these reparations matters and revise the amount allocated by the TRRC to meet international standards. ”We are therefore pleased that government is working on a victim compensation fund bill to do its own reparations. Hopefully this will not be pegged on the chicken changes allocated by the TRRC which will only increase the pain of the victims,” the complainants said in a write submitted to The Standard.

The Standard contacted the chairman of the Victims Centre Sheriff Kijera who said he is yet to know the full details of the reparations update and therefore cannot comment until a planned meeting on Friday with the TRRC.

Meanwhile, speaking at a press conference Friday Madam Adelaide Sosseh, reparations committee chairperson at the TRRC gave details about the reparations and the guidelines. She said the commission has been engaged in making sure that the reparations regulations were put in place by TRRC and approved by government.

“The reparation regulation has got the principle of fairness and ensuring that people get their right dues,” she said, adding that the reparation focuses on unlawful killing, enforced disappearance, torture, unlawful detention, sexual and gender-based violence, and physical assault.

“In 2019 the government gave the TRRC D50 million with a promise to give an additional D50 million but that has not come. The urgent interim reparations focused on medical treatment, educational support, and were possible, livelihood support. The urgent interim measures were really needed for some people who were very sick and need urgent medical attention. The amount of pain and suffering that these people endured is unbelievable and there is no amount of money that we can make or give them that can reduce that suffering,” she said.

She further revealed that out of the D50 million that the government gave, D20 million was set aside for the urgent interim support but only D13 million was spent, so the remaining D37 million is what is available to be spent on 1,000 victims.

“It was agreed that some 198 victims who are eligible to D50,000 and below, be paid in full while those who are eligible to get D50,000 and above be paid in installments starting now, with the Government responsible for the remainder of their dues. We have 758 people who qualified under the various types of violations and inhuman and degrading treatment and because of the limited amount of resources, even if you were imprisoned for nine years we can only pay you for three months. This was what was agreed and for every payment there was a limit we had to pick. We are happy to report even though the payments are only symbolic we have started paying,” she said. She said the total figure needed for the reparations is over D205 million, meaning that the actual shortfall is about D168 million.

She added that the government owes the 54 West African migrants D32 million.

The chairman of TRRC, Lamine Sise explained that the West Africans migrants’ case falls under unlawful killing, hence the D32million allocated to them.

He concluded that the final report which contains the findings and recommendations will be submitted on July 30.