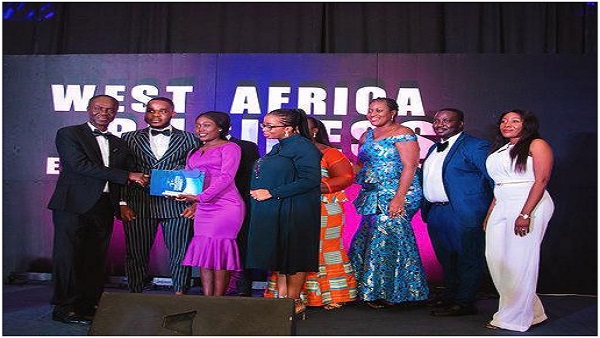 Karpowership has been adjudged the Outstanding Independent Power Plant of the year at the West Africa Business Excellence awards held in Accra, Ghana at the weekend.
The Award aims at recognising companies and individuals who have played a significant role towards the development of various sectors in the West African region and also set a benchmark for excellence.

The award was on the theme: “Propelling Outstanding Businesses to the World.”
Commenting on the award, the Corporate Communications Specialist of Karpowership Ghana Company Limited, Sandra Amarquaye explained that the award showcased Karpowership’s burgeoning impact in the Power sector.

She said: “At Karpowership, every achievement we have attained is the product of a committed and dedicated team. Our goal is not only to meet the electricity demand of millions of people but to also positively impact lives through our sustainable social intervention programmes executed in the communities within which we operate; including creating employment opportunities for the local economy. We work towards “one world” and contribute to increase global welfare.”

She said Karpowership was also a constituent part of the West African Power Pool, a regional initiative that aimed to integrate the national power systems into a unified regional electricity market with the ultimate goal of providing reliable energy at competitive cost and to facilitate the cross-border trade of electricity in West Africa.
Karpowership is the only owner, operator and builder of the first Powership (floating power plant) fleet in the world. Currently, the company has over 2,500 employees, and owns and operates fifteen (15) Powerships with an installed capacity of 2,800 MW, and 5,000 GW Powerships under construction.

Karpowership is operational in The Gambia, Ghana, Indonesia, Lebanon, Mozambique, Sierra Leone, and Sudan.
Miss Sandra Amarquaye said: “It is fulfilling to know that the innovation and excellence we bring into the market is duly recognised.”
Karpowership was last year adjudged the outstanding Power Plant of the year and the Most Strategic Deal of the year.

The company also embarks on various social projects with a focus on education, environment and social support in the bid to give back to the communities within, which it operates.