Lawmaker calls for enactment of legislation to protect disables 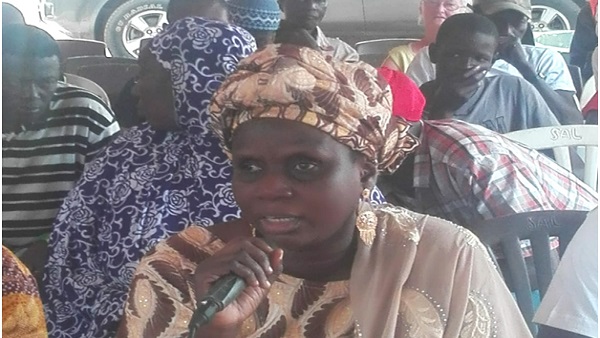 A nominated member of the National Assembly, Ndey Yassin Secka, has urged members of the Constitutional Review Commission, CRC to consider the plight of disables by passing laws that will protect and promote their interests.
The mandate of the CRC – an independent government agency established under Section 6 of the CRC Act, 2017 – is to draft a new Constitution for the Republic of The Gambia and to prepare a report in relation to the draft Constitution.
Herself a physically challenged person, Secka said the plight of disables has been ignored for far too long now.

“People with disabilities are Gambians [too], and should be protected. We were not protected in the previous government. We are hoping this will change in the ‘new Gambia,’ she urged.
She was speaking Saturday in Banjul, during a CRC public consultation meeting with Banjulians.
She said: “Like the previous regime, this [government] one also was arresting disables for begging. If the people with disability don’t beg, what will they get? What is the government providing for them?,” she asked.

She added: “On education, we can say they [the government] have created a conducive environment for us to be educated, but it is the philanthropists who are doing the donkey job. I am standing here talking… is because of some philanthropists and some few people who were working with the Department of Social Welfare. But the truth is, even now, at the social welfare department, there is nothing there for people with disability. We need to be incorporated in institutions. The government should also establish a disability bill.
“If you go to other countries, people with disabilities are progressing but what about our country The Gambia? We want to be represented and our dues granted,” she demanded.

Weighing in on a different topic, Fatoumata