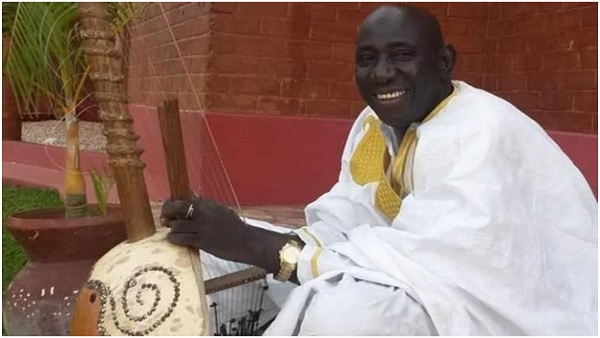 After going through the difficult pilot phases in 2015, 2016 and 2017, the fourth edition of The Gambia’s premier annual CineKambiya International Film Festival (Ciff) takes place on the 25, 26, 27 and 28 February 2019 at various locations in the country.
The theme of this year’s edition is Film and The Gambia’s National Development Plan, NDP 2018-2021.

The film festival founder, Prince Bubacarr Aminata Sankanu says “we will be screening films from The Gambia, Burkina Faso, Cameroon, Senegal, United Kingdom, Egypt, USA, France, Sweden and other countries. We are also expecting international guests from Senegal, Cameroon, Nigeria and the USA.
“The film festival which will now be taking place in February of every year, will pay a special tribute to late Jali Ahagie Mbye on Monday, 25 February 2019, at the Sand Beach Hotel in Kotu.

“The late Jali Mbye was an asset during the research and production stages of our Gambian-German documentary film on the legend of Kelefa Saane of Kaabu Empire. We find it befitting to honour him and keep his memory alive” Prince Sankanu explains.
On Tuesday, 26 February 2019, the film festival screening will take place at the Global Hands Development Hub in Manduar village, near Kombo Brikama.
“There will be a mix of cultural performance, international film shows and discussions on the role of film in national development,” Sankanu explains.
“The programme of Wednesday, 27 February 2019, includes the screening of indigenous Gambian films at the Tendato Eco Lodge and Cultural Hub in Mandinari village, behind Kombo Lamin.”

Sankanu said another highlight of Ciff 2019 is the launching of the 5-year Masterplan of Arts for Social Transformation IMAGINEER Gambia 2023 Project by the Teaching Artist Institute (TAI) and SHEROES Sisterhood, The Gambia.
“Ms Kim Poole, the project initiator from Baltimore, USA, will be in The Gambia for this event which is part of the Year Return for the descendants of Africans. The date for the launch is Thursday, 28 February 2019 at 151 Mosque Road, Serrekunda.

Share
Facebook
Twitter
Pinterest
WhatsApp
Previous articleLawmaker calls for enactment of legislation to protect disables
Next articleHuman capital damage and time cost of one-man rule in Gambia 1994 to 2016 Money and material loss quickly comes to mind whenever people talk about 20 years misrule in Gambia. By good account of time and human capital cost since the advent of military dictatorship, overall loss to Gambia as a nation is scary to imagine.
Join The Conversation