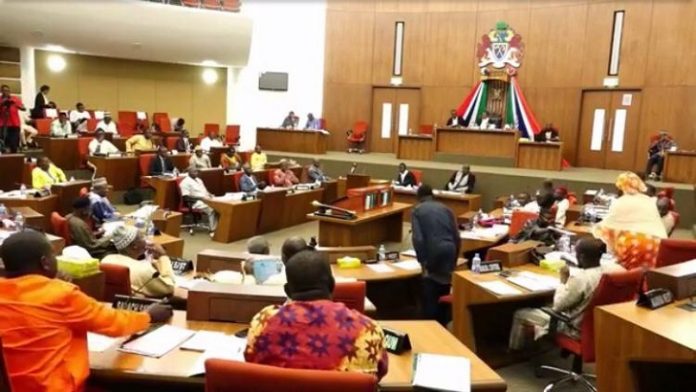 Col Ndow Njie has furnished the Defence Committee of the National Assembly with only attestations from schools that he attended contrary to Col. Yusupha Dibba who provided the legislators with 14 certificates from various schools across the world coupled with wealth of experience in soldiering and different fields of human endeavours.

Col. Njie was a household name in the Gambian military in the First Republic and was at the centre of a storm of embezzlement allegation when he was accused of squandering monies of some Gambian soldiers sent to Liberia in the early 90s to keep the peace when that country descended into a bloody civil war.

During the debate, the member for Upper Fulladu West, Sanna Jawara drew the attention of his fellow makers to the track-record of Col. Njie which, he said, has been tainted with allegations of stealing the monies of Gambian peace-keepers to Liberia. This, he added, has led to a mutiny in 1994.

Jawara also drew the attention of the assembly to allegations against Col. Ndow Njie that he promoted undeserving soldiers and officers of the army during his stint as army commander. He said Ndow Njie did not provide the assembly with any certificates but mere attestations.

“I think we should give the President the opportunity to choose from the many who are qualified and suitable to serve in this position,” he advised.
Fatoumata Njie of Banjul South, on her part, saw the need for the country to tap from Col. Njie’s many years of experience in the military.
To Touma Njie as she’s also known, experience should not be consigned to the backseat in the case of Col. Njie.

“Having somebody who has been serving the army [far] before some of the members are born. Ndow created the Old Yundum Barracks, set most of the military system. I recommend both of them [Ndow and Dibba]. Ndow Njie created the arm forces and losing him in the formation of the first security sector reform will be a disaster,”she warned.
So far,38 members have participated in the debate and Muhammed Magassy, who tabled the motion, tourge members to speak with evidence so that when they are called, they can pinpoint their source and not depend on hearsay, and speak within the context.