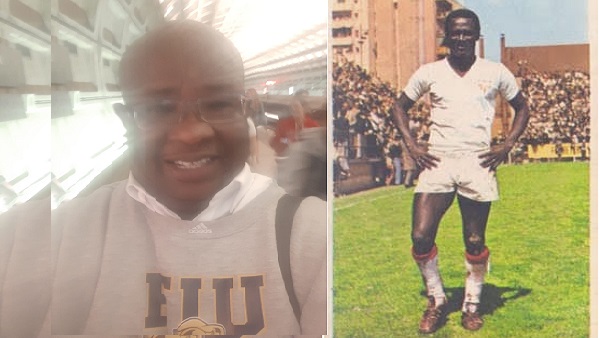 Members of the 1980 Gambian national team which famously played in Zone II final against Senegal, are to reunite in a one-week memorial and celebration of its late and living members, 40 years to the day next February.

According to veteran sports journalist Tijan Masanneh Ceesay, TMC, the activities during the week will include a secular procession in memory of the late members of the squad, a friendly reunion and a rematch of the 1980 final between them and members of the Senegalese team they played against in 1980. “This match will be played on February 18, 2020, exactly 40 years to the day the two sides played in 1980, to be followed by a gala dinner“, he said. Mr Ceesay further revealed that contacts will be made with the authorities and those concern for memorial plagues to be placed in the names of the departed players at the still unused small space at the King Fahd Mosque grounds where the legendary Box Bar Stadium was located.

“The objective of this programme is to raise funds for the welfare of the families of the late players and those still living who have been neglected by successive governments despite such a sterling national duty,” TMC said. He said: “I do have a great working and brotherly relationship with the FA Boss Lamin K Bajo, and I know for a fact this will be a big and welcoming development. More so the FA will be partners in this project, particularly with the international dimension it will have.”
He said he has been working on this programme with the likes of Aziz Corr, Star Jallow and Laos and other veterans and a coordinating committee of which he is chairman has been set up to put it into reality.

He recalled with great nostalgia the contributions of the late goalkeeper Babou Saho, Saul Samba, Pa Mu Ndow, Edarka among others.
Mr Ceesay said the one-week event will be professionally branded and presented to any interested sole corporate sponsor whose image will be grounded permanently in this life time event . He concluded that corporate sponsors who are excited about this event, may contact the committee through Mr Star Jallow on 2037748.