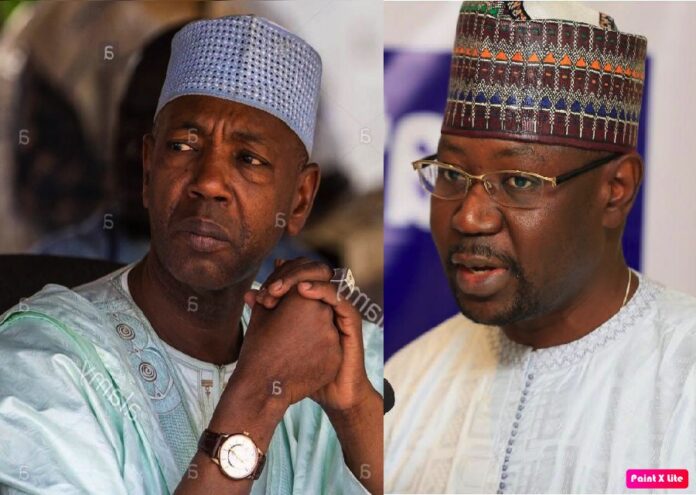 Former Interior minister and leader of the Gambia Moral Congress has come to the defence of Tourism Minister Hamat Bah, who faced criticism for his ‘tribal’ comments at a State House meeting on Saturday.

Minister Bah’s “dirimo” or rat characterization of political opponents attracted widespread condemnation across the political spectrum. The comments were described as inappropriate. Mr Bah has since apologised for his comments but defended his highlighting of the plight of Fulas with regard to ID card problem.

However, Mai Fatty differs with many people when it comes to the intent and interpretation in relation to the person of Minister Bah.

“My views are based on my personal interaction, knowledge and understanding of the person of Hamat Bah. In all of my dealings with him, I did not find him as a tribalist. Some may well find this wrong, but I can only speak to the facts experienced by me and known to me,” he told The Standard.

Fatty said Hamat “may be prone to profuse inappropriate remarks, sometimes speaks impetuously and may be inappropriately carried away by the ambiance of the moment. Under these circumstances, he may be prone to frivolous discourse. I want to believe that Minister Bah did not contemplate the perceived hubris his statement could have provoked, and I do also believe that he would have felt remorse for its unintended impact.”

“I know a lot of people would disagree with me on this. I do not base my politics on the trajectory of an ordinary bandwagon. I stand for principle. I stand for facts. I stand for the truth. Minister Bah made an inappropriate political statement without conscious thought, under the ambiance and spur of the moment. I wish he didn’t do so, but then I wouldn’t stretch it or over exaggerate his intent. I do not want to believe that Minister Bah meant Halifa was a rat, or Darboe or myself Mai Fatty or any of us. I say so because I know he has personal respect for all of us, although he didn’t hide his political differences with all of us,” he said.

The former special adviser to the president said most politicians are guilty of inappropriate statements on the stage.

“Most times, they do not calculate the damage done. They get carried away. I have heard political statements that could cause far more damage with far reaching repercussions than this ‘dirimo’ mischaracterization. Personally, I do not feel offended. Unless political party leaders and their supporters practice politics based on issues, Minister Bah is not the first, and wouldn’t be the last. Unless Gambian voters demanded politics with a difference, they shall continue to receive meaningless jest along the political terrain,” he added.

On the issue of ID cards Minister Bah harped on, Fatty said that should be based on the law.

He said Hamat should be reminded that “citizenship is not only based on length of stay in a country. For me, every person who is disqualified by the 1997 Constitution should be prosecuted if they attempt to acquire any citizenship document or are found to be in possession of Gambian citizenship documents. Unless the law changes, this is how things stand.”

“The challenges of ID acquisition are direct failures of the Barrow government. What Hamat is telling Fulas is that for four years, President Barrow has failed to take up issues important to you. For four years, the government that is responsible for ID card issuance does not care about you. He’s telling them that do not blame the opposition because President Barrow has been here and did nothing about these issues since 2017. He is indirectly telling Fulas that since Barrow failed to take your concerns into consideration for four years, don’t trust him to look after you. Don’t trust his promises because for the past four years as president he refused to solve the ID card problems,” Fatty said.

He continued: “These were the comments I heard from many people who attended the State House political rally. Most were ashamed that Hon. Hamat Bah was blaming the opposition for the direct failure of the government. It has terribly backfired and the talk all over town is that this is a government of excuses that will not take responsibility even for anything. ID cards are not issued by the opposition.”

“If any problems exist, they must be problems created by the government. Lastly, I want to praise the Immigration Department for the good job they are doing. It is very sad that their own government is throwing them under the bus for political reasons. The message to all government departments is that you are on your own. Government will sacrifice you for political reasons,” he said.