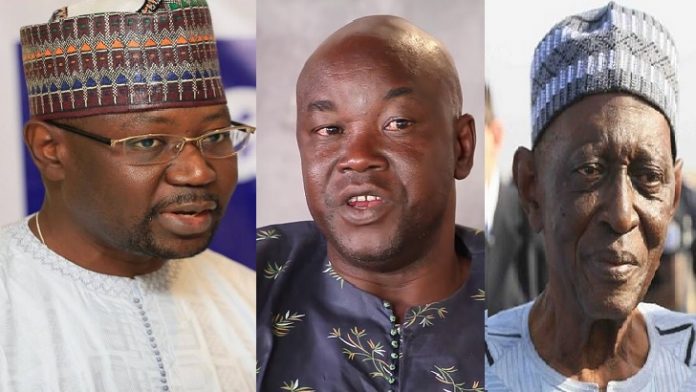 A former special adviser to President Adama Barrow has called on him, as a matter of urgency, to fire all of his “numerous advisers and deputy advisers”.
In an exclusive interview with The Standard over the weekend, Gambia Moral Congress (GMC) leader Mai Ahmad Fatty stated: “We all know they are mere political operatives and not professional public servants. Most of them have never handled a single public service file or assignment except requests for undeserved payments and privileges.”

According to the Approved Estimates of 2020, the government will spend at least D2, 215, 985 a year on the four special and two deputy advisers to the president.
Mr Fatty, who himself served as a special adviser to President Barrow, said the president should instead move all his current advisers to his National Peoples Party offices and pay them from the party coffers and “hire people with morals” as advisers.

“If not,” he charged, “he [Barrow] will have to refund every butut of their combined salaries to Gambians on the Day of Judgement. In The Gambia, people are hired to serve as presidential advisers on the back of taxpayers when in reality they are pure partisan operatives. They are barren of policy ideas, and are quick to wag tongues at every partisan political statement made against the president’s party. For God’s sake, they need to be reminded by the PMO and PSC that there are rules governing the conduct, including statements of public servants. If these bodies abdicate their duty, the president should toe the high moral ground by discouraging partisan political statements from his public servant tax paid advisers.”

“Barrow should be reminded that before the Court of Allah, there awaits for him two million files belonging to Gambians. He must account to Allah and to each Gambian, on a day that shall not fail, how he administered their welfare,” the GMC leader reminded.

Politicians
Fatty, who also served as President Barrow’s Interior minister, said the country will continue to experience leadership deficit unless voters start to vote for people with morals as president. “People have lost confidence in politicians because many of us have no integrity. Politicians say things they don’t mean, and do things because they are politically expedient. Politicians have perfected the art of hypocrisy, insincerity, cheating and lying. They turned a noble profession into a despicable, rotten field,” he noted.
Fatty said most Gambian politicians “do not fear Allah and believe marabouts could make them stay relevant”.

“It is clear in Surah Al-Imran that sovereignty is bestowed by Allah among all those who seek it, and sometimes the least expected is ordained as in the case of President Barrow. Fear of Allah and a sense of morality are important for a leader in a faith-based country as The Gambia. Amazingly, some politicians criticise when it disfavours them, and embrace the same thing when it suits them. Speaking from both sides of the mouth has become the trademark of some politicians, and it is so disgraceful. In this dishonourable endeavour, some civil servants jostle for relevance and in fact end up assuming the contemptuous role of drum beaters, while the politicians dance to the tune of embarrassment,” he said.

The GMC leader advised: “The Gambian has suffered for too long, and our people deserve only the best. We cannot afford to back track along the footsteps of the old regime. We can do better, and we must do better. Many of us would like Barrow to succeed because his success would be The Gambia’s success. If he fails, the country fails. Many of us do not dislike him. We dislike the trend of consolidating the system we overwhelmingly rejected and voted out.

“Money and position may buy one the political loyalty of those who have no value but I can assure that 2021 [election] will spring the kind of unprecedented political surprises that will defy anything known in the rulebook. Those who take others for granted may regret to never recover from it politically.”
Mr Dembo ‘By-Force’ Bojang, Henry Gomez, Dodou Sanno, Siaka Jatta and Saihou Mballow are said to be among the presidential advisers.