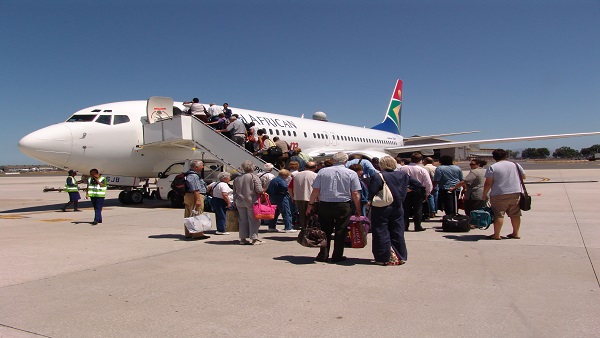 A research conducted by Afrobarometer has revealed that six in every ten Gambian have considered leaving the country for another country.
The Gambia is one of the most stable countries in West Africa but it is also one of the few that has been severely affected by migration.

Afrobarometer is a pan-African, non-partisan research network that conducts public attitude surveys on democracy, governance, economic conditions, and related issues in African countries.
Six rounds of surveys were conducted between 1999 and 2015, and Round 7 survey findings in 34 countries are being released in 2018/2019.
In the third of its Pan-Africa Profiles based on recent public-opinion surveys in 34 African countries, Afrobarometer reports that on average, about one in five Africans say they have thought “a lot” about emigrating, and 3% say they are taking concrete steps to leave, such as obtaining a visa.

Interest in emigration varies widely; in five countries, more than half the population has given emigration at least “a little” thought.
The new report, available at www.afrobarometer.org, shows that the most popular destination among potential emigrants is neither Europe nor North America but another African country, and that potential emigrants are overwhelmingly motivated by a hunger for jobs and economic opportunity.

It also revealed that contrary to the notion that migrants are simply a country’s most impoverished citizens, youth and education are far more strongly correlated with interest in emigration than poverty.

The report’s detailed analyses by country, region, and demographic group provide useful insights for policy making to address migration – not just in destination countries concerned about their ability to absorb large numbers of immigrants, but also in countries of origin at risk of losing some of their most educated, motivated, and creative young.