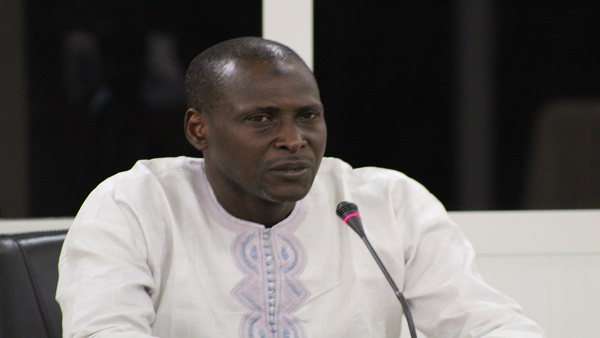 Modou Lamin Bah, a former orderly of the ex-army chief of staff at the time of the November 11 massacre of 1994, yesterday told the TRRC that WO2 Lamin Colley a medic of the Gambia army was just trying to cover up when he claimed to have accidentally killed Sergeant Fafa Nyang.
Colley, who appeared before the commission last week stated that his gun accidentally fired on Nyang while he was trying to nurse his injuries.

However in his testimony, Bah who claimed he was in the thick of the July 1994 coup that ousted the PPP government, said sergeant Nyang was initially shot by Edward Singhatey before Colley subsequently finished him with a final shot in the head.
“Fafa Nyang was asked to run for his life with his hands tied behind as a group of soldiers including Edward Singhatey shot him around Cook House. When Edward shot him he fell to the ground and as he was getting back to his feet Colley fired to finish him,” Bah recalled.
He said the shot was intended to kill him and not accidental because if that was the case he would not have hit his target.

According to his explanations, an AK-47 is different from any other weapon because it can only aim at its target in order to hit. “If it was a negligent discharge, he would only hurt himself and not somebody he did not target. His statement was very wrong and if I were him, I would have admitted my responsibility for killing him but he was just trying to cover up himself from responsibility,” Bah said.

A native of Jarra, Bah who served under then army commander Baboucarr Jatta for two years without promotion, recalled that soldiers including Alagie Kanyi and Buba Jammeh alias Kanilai were amongst those who participated in the mass burial of slain soldiers.
Bah also gave a detailed narrative of events leading to the 1994 coup when he and his colleagues were armed to the core with 100s of loads of magazines and grenades.

He said prior to the coup, soldiers were made to believe that upon successful staging of the plot they would be compensated by the military government for their endeavours but this according to him, never happened which generated tensions and noises within the camp triggering a counter coup in a bid to dislodge the junta.

Bah said even after Jammeh’s departure, he unsuccessfully tried to get re-instated into the army to no avail while his colleagues charged with him or dismissed from the army got reinstated based on executive orders.