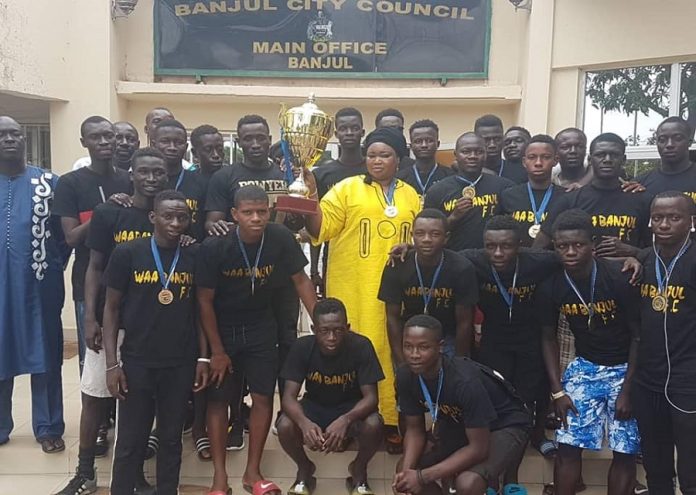 The team officials briefed the mayor and staff on the objectives and mission of the team which they say represents the entire Banjul hence the name WAA Banjul.

“We feel that a victory of this magnitude should be shared with you and your good office,” the team official told the mayor, asking for her office to take interest in the team.

In response Mayor Lowe congratulated the team for topping the second division and earning promotion to the first division league.

She urged them to take football with a positive attitude because sports particularly football can bring life changing fortunes to individuals and communities as well as pride for the nation.

She reminded the youths that sports unlike politics is a unifying activity and all Banjulians must now cultivate tolerance and patriotism knowing that politics is over for now.

Mayor Lowe further said that unlike other municipalities every Gambian looks forward to a developed Banjul , because it is the capital city. She said that’s why she and her staff are always on their feet looking for ways to get a better Banjul.