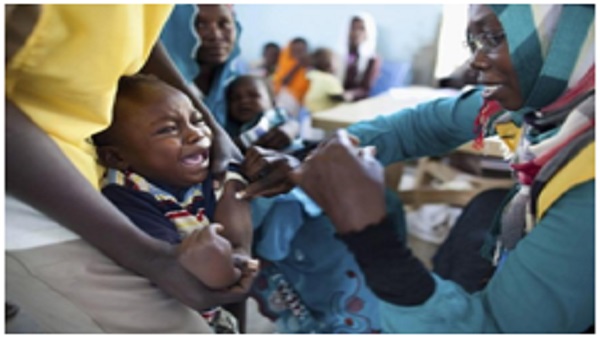 The Ministry of Health and Social Welfare has ended its nationwide campaign on meningitis.
More than 416, 613 children aged 1 – 7 were vaccinated against the infectious disease.
The campaign was designed to help protect children Meningitis, Vitamin A deficiency and worm infestation.

Vaccination teams visited various communities and were also stationed at strategic locations to ensure children targeted get immunised.
Saharu Kanteh, the communications officer of the expanded program, said the campaign was necessary especially because some Gambians have died of meningitis in recent history.
“All stakeholders should ensure that no child in their constituencies is left behind. They should support the sensitisation and mobilisation efforts and encourage community members to vaccinate their children,” he earlier stated.

Sandra Lattouf from the Unicef, applauded the “commitment of the Ministry of Health” and communities for participating in the exercise.
Momodou Gassama of the WHO called the campaign “a success.”
He said it was important that parents realise the significance of immunising children, praising them for “taking bold steps toward [the success of the campaign].
Meningitis is an inflammation of the meninges. The meninges are the three membranes that cover the brain and spinal cord. Meningitis can occur when fluid surrounding the meninges becomes infected.