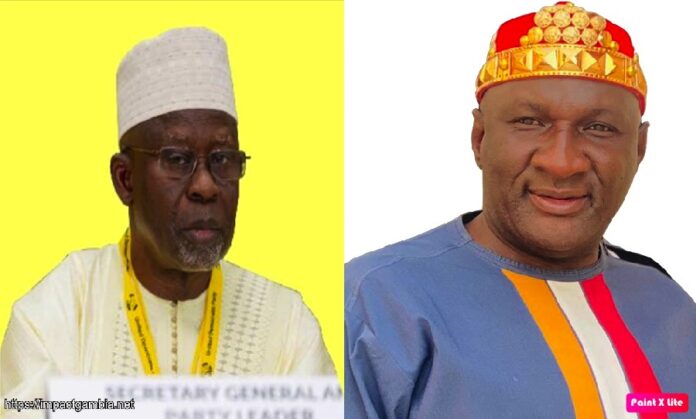 The deputy Governor of West Coast Region, Musa Suso has denied claims by United Democratic Party leader Ousianu Darboe that he (Suso) visited the police station where a man driving a UDP vehicle was allegedly arrested with cannabis was being detained with the car.

On Monday, the UDP leader addressed a press conference to declare that the reported arrest of a UDP vehicle carrying cannabis could have been politically motivated and the purported drugs might have been planted, claiming he had information that such scheme was being cooked targeting him and other UDP officials.

Darboe further alleged that each time UDP people have issues with the police, National Peoples Party officials would visit the police station. “We have seen that whenever UDP executives have issues at the police, top NPP officials will go to the police. Musa Suso, the deputy governor of West Coast Region, my own friend, went to the police station on this matter. “He was right there; he cannot deny it. Why would he go there as deputy governor? He should not be seen to be advocating for the election of any political leader or the re-election of Adama Barrow. I think the Public Service Commission should really take the appropriate steps and I believe the chairman of the commission is a very principled person and very honest and anything that will be tainting the image of the commission, he will do something about it,” the UDP leader told journalists Monday.

However last night, Musu Suso called up The Standard to deny he went to any police station as claimed by Darboe.

”I want to make it clear that I have not gone to any police station and I sincerely believe that the Honourable Ousainu Darboe was wrongly informed. I have reached out to Mr Darboe when I heard his claims and I think I have satisfactorily convinced him that the information he received was wrong and the matter is now laid to rest. I just want to be on record publicly that I was never at the station for clarity purpose. But the mater is now clear,” Musa Suso told The Standard, rather laconically.