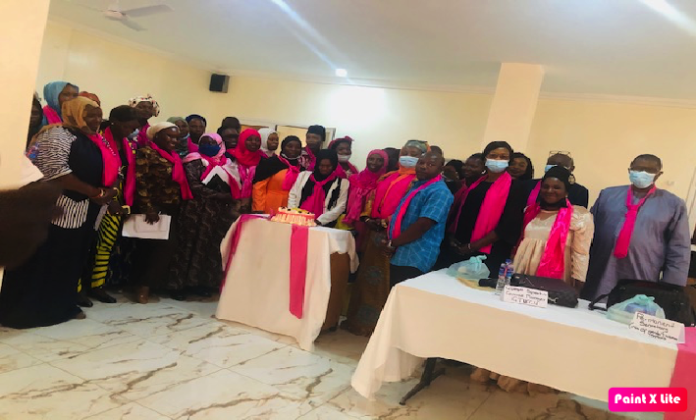 The sister society aims to convene credit union for women in The Gambia, encourage them to take leadership positions as well as increase women’s representation in the movement and the communities.

Speaking, Vivian Malu, chairperson of Gambia sister society, said this network was formed with the sole aim of addressing the gender gaps that exist within the cooperative sectors in Africa which is against co-operatives principle on equality.

“It is against this background that we in The Gambia CU movement deem it fit to form The Gambia sister society to be part of the African women in COOP network which forms part of the global women leaders network for their greater effectiveness.”

Madam Malu encouraged women to register with the sister society and be a part of this global network. “I am utterly convinced that our Gambian women would not be left behind as we are known to be very hardworking and resilient,” she added.

She also called on women to serve as an ambassador of the sister society and help them reach out to all women across the country while urging men to be there to help them achieve their aims.

He stated that nothing works without women, men and women need to find the formula to make sure that 51% of the population are given their rightful positions in whatever they do.

He described the initiative as a global movement, saying that cooperative has empowered women to enhance their dignity and greatly improve their equality of life.

Rohie Bittaye Darboe, Permanent Secretary Ministry of Gender Children and Social Welfare, said if a woman is empowered a whole nation is empowered.

She urged the sister society to always support each other, and they as a ministry are expecting to work with the society.

Foday Sayang, General Manager of NACUUG, chief launcher, said: “We are proud to be associated with you and wish to assure you of our continued support in your efforts to improve women participation in credit unions for their financial empowerment and independence.”

He explained that The Gambia sister society is the local chapter of the global women’s leadership network created by the World Council of Credit Unions (WOCCU) in 2009. The network’s mission is to provide women with the opportunity and resources to make a measurable difference in the lives of each other, in the lives of the credit union members, and in their communities.

He also said the global women’s leadership network provides credit union women with access to a global community of female leaders. The network also provides members, in all stages of their leadership journey, with opportunities to engage with leaders and future leaders to enhance their awareness of issues and trends impacting the credit union movement and to improve financial services for women worldwide.