OB Took Me As His Own Child 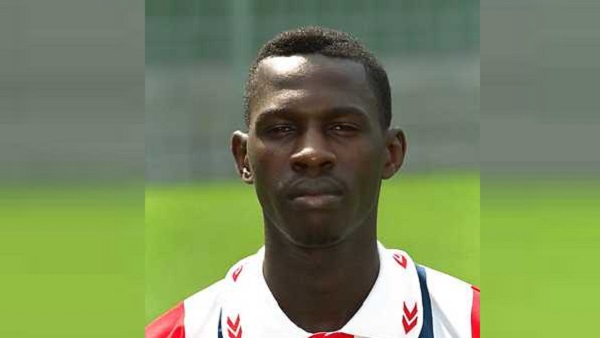 One of the most well known former Gambian international footballers and Wallidan FC star Jatto Ceesay has paid an emotional tribute to the late Alhagi Ousman Basi Conateh, known to many as OB or Fisco, who passed away on Saturday 4th April and was laid to rest on Sunday the 5th.

In an audio recording posted to the Sohna sports YouTube channel, the former Willem II winger said Alhagi OB Conateh, whom he mostly referred to as Dad, was more than a father figure to him. Jatto then went on: “I knew the man like my biological father if not more. He gave ne everything, hope, meaning and inspiration with huge investment in my future. My heart is really heavy right now and is a bit difficult for me at the moment.

To understand OB is simple. Just raise your hand up anywhere in The Gambia and ask who knew him and you will come across people who have passed through him or knew him in manner that surpasses. That’s the testimony of his work to humanity. He took everybody under his wings like his own children without any discrimination. He had no preference of one individual over the other, not even his own children. To him everyone was equal and one reason why he succeeded in life was because everyone was equal under his eyes no matter who you are, where you are from or whether you are a thief or a criminal, he will give you your due. Even if you come to him with a concocted story, he will never humiliate you, and will provide for you your needs and you’ll not even notice on his face”.
The 46-year-old ex Gambian international urged his colleagues who have passed through Wallidan Football Club to come together and pick up OB’s legacy, Wallidan FC which he described as the “love of the old man’s life.

“Those of us who went through Wallidan should come together and play our part in moving the club forward. This is what I believe will please the old man in his grave. We owe that to the club, because Wallidan made us who we are today. My time at Wallidan was the best period of my career, even better than my time as a professional, because this was the time I shared with my closet friends. Every day was like Tobaski day. We were always together, merrying and drinking Attaya and we had fun. We were contended with what we had as Wallidan players and were not envious of anyone because being at Wallidan was a pride and it was an honour.

“We came and found Wallidan FC here, and we went through there, but I can say even in sixty years time or so, we will still be able to beat our chest anywhere in the world, even in Europe to say we were a Wallidan FC player, and that all happened because of this old man, OB Conateh.

“Let us pray for him and his family, who have been very accommodative to us. Wherever we meet them, they see us as one of them, starting with the mother to the last person in the Conateh household.

His family was beyond his own and encompasses beyond the Wallidan family. It also included many sects from politicians to businessmen and so forth. His family is extensive.
“May Allah grant him the Highest abode in Jannah,” Jatto Ceesay concluded.