On Ramadhan and related matters: Letter to my friend (Part 2) 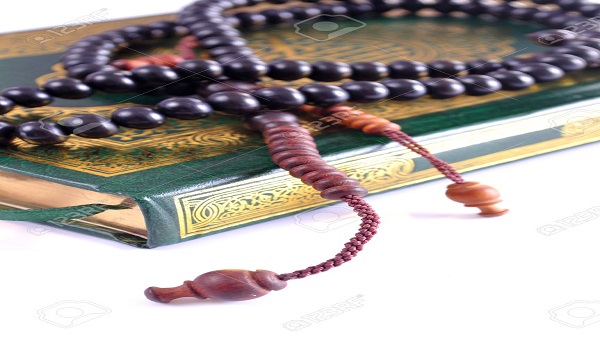 Was it telepathy or teleportation? The fact that within 24 hours after I had finished the first part of my missive on the above subject (that included a lamentation about your literary disappearing act), you published the sublime inspirational poem Ya Allah before I actually released my epistle for publication?
Verily you need no occult inspiration to be able to “write a thousand books with eyes wide shut” if I may borrow the satirical utterance of our literary ‘koto’, now turned merchant-of-horror-stories. Now I believe the prayer you requested from your Mouride Sheikh as reported in one of your many classic essays “Touba Redux”, that God blesses your pen, has turned into fruition.
Allow me to reproduce a stanza (or two) from your masterpiece so readers unacquainted with it may take a sip of the honeycomb that it is:

“Hear me
Mighty heavens
Hear me
Sand grains of the earth
Hear me
Waters of the great oceans
Winged spirits of the high above
Created with a fire without smoke
I speak to my God, Most High
Who sent His Messenger
By cavalry and by camelry
From atop a mountain sylvan
The thunder repeats His praise
Mountains crack in His fear
The sun dims before His splendour…”

As I write this sequel to part one of this epistle, I am reclining on my bed in a hotel in Monrovia, having accomplished my mission of delivering the keynote speech at the Federation of Liberian Youth’s 45th anniversary. In the background here are the sublime sonorous notes of the Tijani chanters reciting the classic poem of Mawdo Malick Sy, “Taissir”. I have not listened to its rendition for quite a while but since I played it once upon my arrival here in Monrovia, I cannot stop listening to this spiritual masterpiece.
Rex, there is something so profound, so uplifting and totally inspiring about this poem. The author makes good use of intertextuality as the masterpiece is well marinated with some of the finest traces of different versions of the ‘Salaatu alaa Nabi’ (prayers for blessings on the Prophet Sallallaahu alaihi wa sallam). Certainly the Tijani classic of Salatul Fatihi and myriad ‘Salawaat’ are well placed within this gem of a prayer.
I definitely would like to know more about the background story regarding this Taissir. Would you oblige and share some wisdom on this? I have known your inclination towards the Mouridian order and the only time I read something from you regarding the genre of these esoteric poems was one from that end you referenced as “Kun Katiman” from the blessed pen of Sheikh Ahmadou Bamba. Oh may Allah shower His Grace and Blessings on the sheikhs mentioned here, twine.
Back to the subject of this letter, as we progress through the final ten days of the Ramadhan, I must confess that I am behind schedule in my recitation of the ‘Kaamil’ this time. Of course it has, somehow, to do with my travel out of the country. But my obsession with certain verses of the Qur’an also explains this. I can run through a hundred verses of the Qur’an nonstop within 15 minutes; but then one verse just catches my attention and that takes some five to ten minutes of reflection. But then is this not the way we are supposed to relate with the Book about which Allah says in the 29th verse of Surah Sad, “This is] a blessed Book which We have revealed to you, [O Muhammad], that they might reflect upon its verses and that those of understanding would be reminded.”?
Okay, my good friend, you may quite well accuse me of making excuses for my under-performance in my recitation this year (Lol!) But the point about reflecting on the meanings and implications of the verses of the Qur’an is an important one worth noting. This is not supposed to be a race to the finish line. Would you not agree with me on that?
Indeed as I struggle with my progress on the recitation of the ‘Kamil’ this Ramadhan, I reached Surah Ra’d about a week ago and as usual, my obsession with the Qur’an, would make verses about it (the Qur’an itself) stand out whenever I come across them in recitation. I reminded you about a few such verses in part 1 of this epistle, but verse 31 of this 13th chapter of the Qur’an, is particularly awe-inspiring: “If there were a Qur’an with which mountains were moved, or the earth were cloven asunder, or the dead were made to speak, (this would be the one!) But, truly, the command is with Allah in all things…”
Sheikh Fadel my friend, is the above verse not worth pondering over for a few minutes, hours or even days and months? I hasten here to add, in conclusion, the Qur’anic refrain “innamaa yatathakkaru ulul albaa! (But it is only the men of understanding that pay heed.)
Thank you for your attention, my good pal, and I wish you and yours a blissful Eid al-fitr in advance.

- Advertisement -
Share
Facebook
Twitter
Pinterest
WhatsApp
Previous articleFocus on The Gambia: Statement by IMF Deputy Managing Director Tao Zhang at the conclusion of a visit to The Gambia
Next articleAre you willing to serve and to contribute?
Join The Conversation

By Tabora Bojang The leader of the United Democratic Party has challenged President Adama Barrow and his cabinet to conduct next election under the 1997...
Read more
News

By Omar Bah The administrative secretary of the National People's Party has denied accusations that the president is using his influence to fund his party...
Read more
- Advertisment -

Who Should Go To Caf, Last Year’s Winners Or...

May 26, 2020
The GFF 's decision to pick Real de Banjul and Armed Forces to represent Gambia in the Caf champions league and Confederations Cup respectively,...

Coronavirus pandemic–Why those suffering from sicklecell disease are being ignored? They are more vulnerable...

Gambia’s main problem is not the new constitution