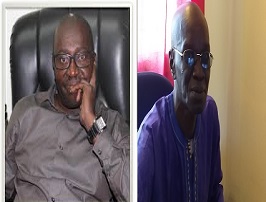 I wish to bring to your attention the decision of the Local Government Service Commission to retire me effective November 2017 outrageously stated in a letter dated April, 2019. How can I take responsibility and pay a price for the Ministry’s untimely action?
Certainly this is more than a worrisome situation and a clear endorsement of my victim status. I am indeed entitled to compensation for damages caused by the apparent negligence of duty as a victim and the perpetrators deserve to be reprimanded accordingly to serve as a deterrent to human rights abuses.

Impunity should be a thing of the past and public officials should be held accountable for their own deeds. What is the commission’s take on that or is it simply not an issue?
Certainly rights violations should not be condoned in civilised societies. Fair play should be the rule of the game and the commission members as respected senior citizens ought to know better.

How can I be retired in November 2017 and yet be paid December 2017 salary?
Something is certainly wrong with the findings of the service commission at the Kuntaur Area Council. The commission undoubtedly failed to approach the assignment with open mindedness.

I raised concern with the Director of Governance Madame Gibba and her justification for the abnormality of my retirement date was “we were told by the CEO that you rejected your salaries”. What a distortion of facts! In fact, I stated in my initial petition that the CEO visited me on my sick bed and advised me to request for a sick leave to secure the continuity of my salary but I told him I had already requested for voluntary retirement and that it would be contradictory. However, I appealed to him to make the necessary follow-ups on my request since I was sick and couldn’t do it for myself and he accepted but ultimately masterminded the ministry’s untimely action as a manifestation of his long harboured animosity towards me.

Interestingly enough, the retirement letter fell short of mentioning a position on the financial claims on the pretext that the matter was before the Ombudsman. That is incomprehensible. The entire matter was forwarded to the Ombudsman but they chose to erroneously act on the retirement issue only and distanced themselves from the financial claim.

This raised eyebrows. The commission members should have naturally known that what is required under the prevailing circumstance is not a piece meal but a holistic and acceptable solution to this incredibly longstanding matter. The trip to Kuntaur should have provided primary evidence on the matter. Did they examine my salary payment vouchers? If so, did they realise the absence of responsibility allowance as director, the shortfall in the payment of my transport allowance, grade 11 status and the non-payment of my acting allowance as clerk of council? I also performed the role of LGA service commission secretary gratis. This certainly is the existing situation. Did the commission acquire satisfactory explanation with regard to the deliberate non-payment of my entitlements and the ministry’s inaction for almost one year, four months or is the commission complacent with such an abnormal public official attitude towards duty?

I indeed told the ministry officials that I was compelled to approach the Presidency for a redress because of my lack of confidence in the Ombudsman, however, the governance director did inform me that a copy of a letter from the Ombudsman expressing dissatisfaction over the response of the CEO was sent to the ministry and the CEO tasked to come up with another version apparently to accord him the opportunity to provide yet another fabricated version. The CEO had one year, four months to refute the legitimacy of my financial claims. He indeed desperately attempted to do so but certainly to no avail. The SG can never, ever do so because the claims are genuine and therefore unquestionable.

The CEO to date, has not conveyed the decision of the service commission as directed due to his personal lack of confidence in the decision. I was given a photocopied version by the ministry purportedly to serve as my retirement letter, yet another incredible mal-administrative action.
On a final note, I regret any inconvenience created. It is never my intention to offend anybody and would like to seize this opportunity to re-iterate my call for the intervention of the presidency to resolve this long standing issue that continues to negatively impact on my personal and family welfare.

I thank you for your kind attention.
Attached is a copy of the letter on the retirement issue.

NB: In 2007, I submitted a petition to State House, the Secretary General Ebriama O Camara at the time was PS1 in the President’s Office and was the appointed desk officer. He however failed to live up to expectations. Consequently, I sent a petition to the Minister of Justice and copied the former IGP, DG NIA and the Chief Justice to expose his inaction. I felt seriously offended. He apologised to me and I accepted his apology on the basis that, to err is human, more so, I was consoled by the fact that, my family members participated in the reconciliation process (mboka aleh li yaala la) a Wolof term literally meaning, family ties are divine not artificial.

I would like to seize this opportunity to exonerate His Excellency, President Adama Barrow and the desk officer DPS Ebrima Sanneh. The duo is not in any way associated with the Secretary General’s actions. His Excellency conveyed his acknowledgement of my petition receipt the day I submitted the document to State House via the desk officer whom he appointed the same day to kick start the investigation process in earnest. This is certainly a commendable gesture considering the enormous work load at the presidency, unlike the office of the Ombudsman which never communicated to me since the submission of my complaint almost seven months ago. That is why I referred to them as the refereeing institution that abandoned me to my fate. The investigation landscape altered upon the return of the SG from an overseas mission. The foot dragging scenario started to clearly surface. The ministry was tasked to present a feedback, however, it lasted for a period of two months and two weeks to comply. The response was rejected as inadequate and further tasked to come up with another version, apparently according them the opportunity to fabricate yet another story. They indeed failed to do so and ultimately assigned the Local Government Service Commission to perform the task. The commission never contacted me unlike the desk officer who acted properly and invited me to State House for discussion.

No wonder the commission failed to deliver on its mandate. However the desk officer made relentless efforts to get to the bottom of the saga. The file was at last minuted to the SG for action but to no avail. We are into the fourth week of the SG’s inaction and absolute silence on the issue. This is unacceptable, considering the fact that the issue could have been addressed within weeks under normal circumstances. However, the matter remains unresolved to date, an incredible cumulative period of one year, six months. Certainly personalisation of issues should be a thing of the past. Objectivity should be the guiding principle for public officials. Such an abuse of authority emanating from the highest office of the civil service should never be condoned in civilised societies. The Secretary General and Head of the Civil Service is expected to serve as a role model and not an official bully or a human rights violator. My case is undoubtedly one of a moral, integrity and human rights issue.
I regret any inconvenience created. However, pusanteh si maraj la em, literally meaning the SG has unjustifiably cornered me on the wall.

By Hamad Sallah The underlying issue behind most cabinet reshuffles is usually political calculations. It is more so in volatile societies like ours, especially given...
Read more
View Point

Many Gambians for the past decades have cried out loud against rampant and endemic violation of procurement laws and ethics in the Public Procurement...
Read more
- Advertisment -