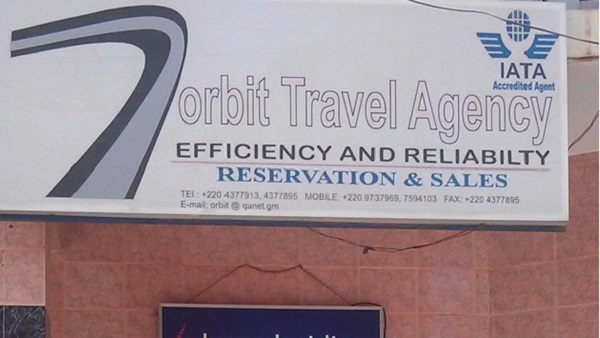 Orbit Travel Agency Saturday sensitised Gambians who wish to travel to Mecca ahead of the start of the annual Hajj pilgrimage. They were enlightened on the responsibility of the agency towards them at a meeting at the agency’s head office along Kairaba Avenue.
Orbit Travel Agency Hajj operations manager, Momodou M Joof, said the agency plans to hold such sensitisations every weekend to thoroughly enlighten would-be pilgrims ahead of departure to the Kingdom of Saudi Arabia.

Hajj is an annual Islamic pilgrimage to Mecca, the holiest city for Muslims, and a mandatory religious duty for Muslims that must be carried out at least once in their lifetime by all adult Muslims who are physically and financially capable of undertaking the journey.
Joof said his agency is already in “a healthy” contest with other travel agencies to garner as many pilgrims as possible.

“We have already registered half of the 137 pilgrims allocated to us by the Hajj Commission this year. We want to assure our customers that Orbit has no intention of partaking in anything illegal and we always keep our promise,” he said.
He explained upon arrival in Medina their pilgrims will be based at the Al Saha Hotel, next to Grand 25 Rawda, and at the Kunooz Al-Omar Hotel in Mecca, next to Umul Qura road to the Kaba.

The General Manager of the agency, Aja Amie Chery, thanked the would-be pilgrims for choosing their agency.
Madam Chery also thanked the government for allowing them to operate, after the former government stopped them from operating Hajj services.
She added that the total would-be pilgrims for them this year is 137, with the first, second and third flights expected to leave on July 25, with 43 pilgrims. Another 47 is scheduled for departure on July 28 and 29.

“All these flights will travel with medics and guides who will give you all the necessary assistance in Mecca and Medina,” she assured, adding that the agency has secured standard accommodation with three daily meals and transportation during their stay in Medina and Mecca.
The Chairman National Hajj Commission, Ousman Jah extolled Orbit for “incredible services” being rendered to pilgrims.

Jah also called on would-be pilgrims to exercise patience whiles in Mecca, saying Hajj is not ‘a child’s play’ and that pilgrims should expect frustrations at times.
“The package for the Hajj is expensive, but it determines the value and services the pilgrims will have,” he declared.
Meanwhile, Imam Baba Leigh, also a commissioner with the Hajj Commission, spoke on the topic: What is Hajj and why?