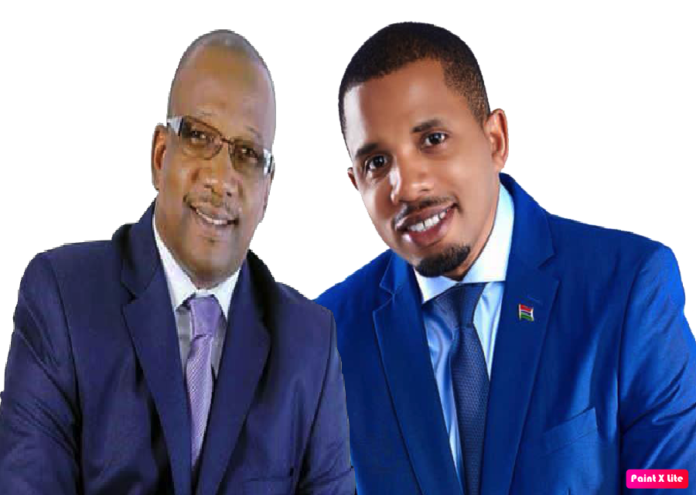 Following their touchdown at Yundum airport after returning from constitutional talks in Nigeria last night, at least two party leaders have expressed their willingness to compromise on the retroactiveness of President Barrow’s current term.

Mamma Kandeh of the GDC and Dr Ismaila Ceesay of Citizens’ Alliance told The Standard that striking a workable compromise is the best way to end the deadlock.

He said even though President Barrow and his camp “created all the mess”, the GDC is willing to compromise the retroactivity of the president’s first term for the constitution to pass and said understandably, “the political party leaders in the talks would have reacted the same way President Adama Barrow had reacted to the draft’s retroactiveness”.

Dr Ceesay said the Abuja meeting was an avenue for the political parties to brainstorm and “not necessarily a negotiation”.

Asked whether the Abuja trip was necessary and that Barrow was in fact the spanner in the works, the political science lecturer said: “The president is not the only problem. We have multiple stakeholders in this process. For me it is not a question about where it takes place. It is about the process and the outcome we should focus on. The meeting could take place anywhere. Constitutional talks during colonialism took place in London and other European countries. So when there is an impasse there is nothing unbecoming about having a meeting outside The Gambia.

“When there was a political impasse in 2016, we went to Dakar to solve it. In fact the president was sworn in Dakar and Gambians were literally begging for Ecowas, Senegal and the UN to intervene. Why didn’t we say at that time let our courts or the National Assembly decide?” he queried.

Dr Ceesay said although “there is still hope that they could reach a consensus” he cannot guarantee for a certainty that the final talks in Banjul will lead to a final resolution and a deal.

Justice Minister Dawda Jallow who was also part of the Abuja talks expressed his hope that the country’s political leaders could reach a consensus on the retroactivity of the president’s first term when they meet Goodluck Jonathan in Banjul next week.

“I cannot confidently say that we will reach an agreement but I am very hopeful as the discussions continue next week with [Mr Jonathan],” Minister Jallow told journalists at the airport yesterday evening.

The nation’s justice minister and several other political leaders flew into the country yesterday evening after jetting out to Nigeria for talks with Goodluck Jonathan over the constitutional crisis.

The Abuja meeting was put off on Wednesday after the discussants failed to reach agreement on whether President Barrow’s current term should be counted as the first of two terms, among others.

Minister Jallow said the retroactivity of the current term of the president remains “a challenge and that’s what they will try to reach consensus on next week”.

He disclosed that a communiqué will be released on the Abuja trip in the coming days, saying, “the state and his office were not part of the negotiation. We just facilitated it”.

Seedy Njie, who represented the NPP together with Mambanyick Njie, said all the political parties have agreed on all the points except for one but he declined to mention the party’s name.

When asked to comment on criticisms of his inclusion in the trip, Njie said: “I will not comment on that because I went there to represent my party. I don’t want to comment on personal issues.”

Meanwhile, the UDP leader, Ousainu Darboe, whose party is reportedly reluctant to compromise on the retroactivity of the president’s term opted not to talk to journalists at the airport.