Ports must expand to cater for booming business – MD 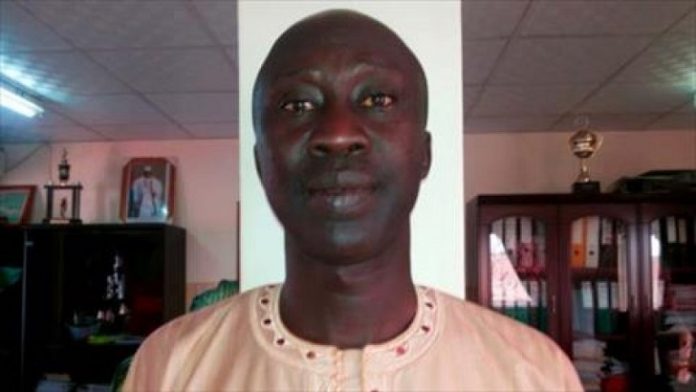 Ousman Jobarteh, managing director of the Gambia Ports Authority, has said there is an urgent need for expansion on the sea and container landing areas in order to ease the workload and generate more income within a fast process.
Speaking to The Standard exclusively, Mr. Jobarteh said the volume of cargo at the GPA has increased sharply in the past two years.

“Between 2006 and 2016, the annual growth of the volume of cargo was 7 percent per annum on average but now from December 2017 to December 2018 the GPA experienced a huge jump in the traffic,” he explained.

According to him, in this period, the GPA had 105,000 containers, and then it jumped to 130, 000 and this year they are expecting further growth. However Mr Jobarteh lamented that the volume of growth in terms space facility to handle this traffic has not grown commensurably over the years, leading to congestion at the Ports.

He disclosed that the land area that the GPA has to handle the increasing volume of containers is just 63,000 square meters while the number of ship accommodations is five commercial bats which is currently 100 percent occupancy, and about 6 ships are waiting in the waters to have space to come. “This coupled with limited storage capacity is why there is congestion in the country’s only port,” he noted.

Jobarteh said the port is the main entry point for the country’s international trade, accounting for 80 percent of the good and services that come and go out of the country .
“The port is like a catalyst for economic development because any efficiency in its handling would translate in to lower rates, hence lower prices of goods in the market. So the port is very vital when it comes to socio-economy development of the country because the work done at the GPA has an impact in the lives of the average Gambians,” he noted.

Bottle necks to expansion
According to MD Jobarteh, the free hold of both land and property policy adopted since colonial area in Banjul has given many the authority to own some properties at the port area.
“So now if the GPA wants to acquire any property in Banjul, the owners have to be compensated and the GPA cannot forcefully evacuate them. We can only negotiate. The fact that this is our third time we are always guided with the World Bank resettlement plan and relocation of residents and we go even beyond what is recommended,” the GPA boss explained.

He noted that the economic operators who will have to relocate will also be settled based on their loss of earnings just to alleviate their displacement for a period of time in order to allow them settle in other areas.

Residents
Meanwhile residents still living in the ports expansion area are not happy with the idea of resettlement.
Muhammed Joof, a resident of Half-Die, said he cannot imagine how life would be for them if they move from the only place they know for over 50 years.
“I think Half-Die is not the only place where a port can be built. The country should have more than one port in different locations. Even Barra is a good location,” he observed.

Mariama Saine, another Half- Die resident, said compensation is not the only issue, but the waste of time and work load involved in moving out will be life changing for their children and their education.
Birane Sambou, another resident said if the government is to allocate a place for them and compensate handsomely, then the interest of the nation supersedes everything.