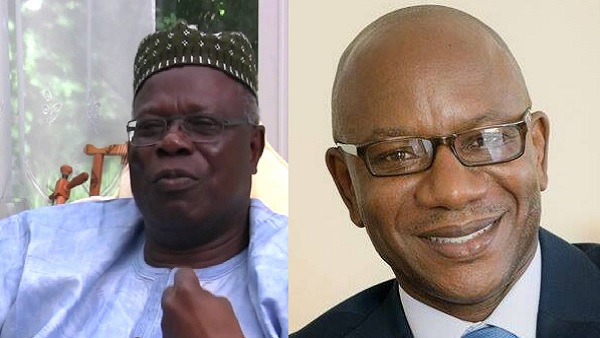 The troubles bedeviling the much-respected first republic ruling People’s Progressive Party have been further complicated with a ruling that the 2018 congress, which Papa Njie won against Bakary Bunja Dabo, should be redone.

This followed a suit in the high court by Alhagie Yaya Ceesay and others, who supported Dabo’s claim that the election was fraudulent.

A ruling on the matter delivered three weeks ago, stated that lawyers representing the plaintiff Alhagie Yahya Ceesay and the defendants Musa Papa Njie and co-defendants have reached an amicable agreement on the following:

1. A party congress shall be held.

2. All eligible candidates are free to contest for any party position they might be interested in occupying.

3. The election at the congress is to be supervised by the Independent Electoral Commission (IEC) and

4. Each party to this action shall bear their respective cost.

Though Mr. Dabo has since gone ahead to be elected leader of a new party, the Gambia For All, the court ruling has a great significance in that it now means the 2018 congress between him and Papa Njie should be run again.

Pitted against the current situation, where rival camps led by Kebba Jallow and Touma Njai both claiming to be the legitimate leaders of the party at another controversial congress last month, there does not seem to be any certainty in the future direction of the PPP.

When contacted for comments on this new development, the IEC chief electoral officer, Samboujang Njie, said: “The commission will sit and come up with a decision on the matter which will be communicated accordingly to the public.”