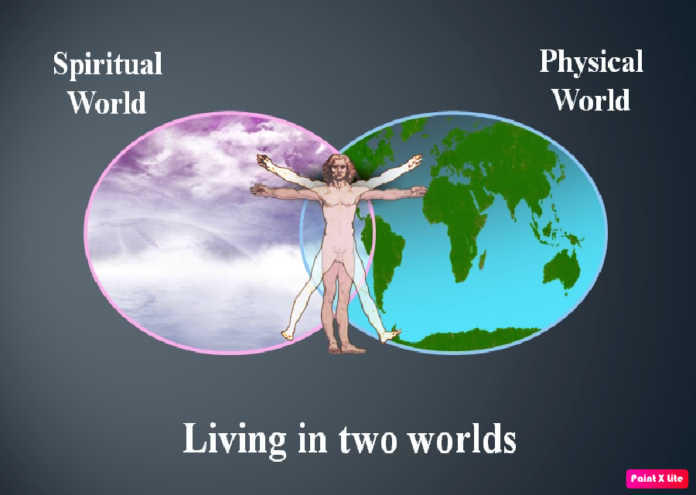 I think there are similar proverbs all over the world and as so many of our old proverbs, they are still as valid as before. Young people don’t like to hear them, mainly because the proverbs speak ancient truth and young people always try to find their own truth. As we get older, and hopefully wiser, we begin to realize the reason for why our old proverbs don’t die out – they speak the truth. So what about this proverb: ” Best of both worlds”? As usual I like to turn things inside out and upside down, no exception this time. It is an interesting game for the mind to interpret old sayings and proverbs, trying to understand them and to look at them from different angles. A scientist is studying samples in a microscope, my microscope is my mind and that part of me is always active.

Questioning things in life and analyzing old life lessons is making life so much more interesting. I have never believed in accepting things as someone has told me they are. What they have tried to teach me is often their own interpretation of things and that might not always be correct. Someone said that a scientist is someone who is telling us a lot of boring facts, when in fact a scientist is never ready with his/her work. Science is evolving and changing when we find new facts that are based on the old ones. It is exiting to look at science in that way, at least for a curious and creative mind.

I work as a music teacher, as some of you might remember. Sometimes my pupils ask me why they have to study music. ”I am not going to become a musician, so this subject is useless!” In our Swedish curriculum we include music, art, sports and craft- both in textile and wood. I try to explain to them that the reason why they have to study these subjects, plus mathematics, science and language etc , is to teach them creativity. Our human brains have two halves, the left and the right. These halves have different functions and we need them all to become fully functioning people. In the left part of our brains we have the logical thinking, mathematics and science. In the right part we have music, art and language.

For some of us the left half of the brain is dominating, and for others it is the right half that is dominating.

Doctors and scientists are typical examples of left brain half dominated, musicians, artists and authors are examples of those where the right brain half is dominating. As little as we can walk steadily through life on only one leg, as little can we go through life only using one half of the brain. We need to use our full capacity, as much as possible, even though one half of the brain will always be dominating because that is how we are created. When I speak about this with my pupils I give them some examples to make it easier to understand. For example: if someone is working as a car mechanic this person must be skilled in his profession but also in reading, writing and the ability to understand a manual for how things are working in an engine.

No matter how much this person knows, there will always be obstacles that are hard to solve. There is nothing written in the manual and no one to ask. This mechanic can’t just give up and tell the customer that he is not able to repair the car. This is where the creativity kicks in!

The creativity is enabling us to “think outside the box”. Through creativity we can find new solutions and not get stuck. We need to train our brains in creative thinking, everyone of us will benefit from that. A scientist is not helped by repeating old experiments, no matter how skilled and intelligent he is. All new inventions and findings come through creative thinking.

I have given my pupils another example. Imagine a soldier who is the best in his platoon to shoot. He is extremly fit, is strong and has gigantic muscles. Imagine this ”war machine” finding himself in a situation which no one has trained him for. Everything depends on him right then, he is responsible not only for his own life but also for his men. If this soldier only could follow orders, and not think for himself, he would be unable to solve the situation. Creative thinking, once again! There is not always a rule book to follow in life. We find ourselves in situations we have never experienced before and we can’t just give up.

Look at the curriculum at our schools in The Gambia. Still, in these modern times, we are not preparing our pupils for the modern society. I don’t blame the teachers for this, because they work with the tools they are given. I blame the government who seems unable to get inputs from other countries that have developed their education system. Those who are deciding over our current system are so stuck in the ways it has always been. They were brought up in the same oldfashioned system and know nothing else. If they had been taught to think ”outside the box” they would have seen that our education system needs to change. Pupils are still repeating after the teacher, like a flock of parrots. They learn a lot by heart, and they are taught not to question anything.

Of course it can be annoying for a teacher when a pupil is asking a lot of questions, but this should be encouraged. This pupil is using his/her brain and even if the questions might not be articulated in the best way it is okay. We can’t ride a bike without training and falling, so let our young ones train their creative thinking and allow them to fail sometimes.

Speaking about education; the Quranic schools might fill some kind of need, but not in a modern society where we require so much more of our citizens than to be able to recite the Holy Qur’an. Some of you might react in a very negative way when I say this, but hesitate for a while before you call out the lynch mob.

What use do we have of these schools? The only thing the kids are learning is to read the Holy Qur’an in Arabic. That can be done on their free time, and is important too, but not as their only option of education. These schools are free, but are the children free? Are their minds free, are they taught to think independently? Will these kids one day be skilled to take over the society? You are stuck in traditions and certain ways of doing things, as it seems without a thought.

Let us go back to the proverb: ”Best of both worlds”. If one ”world” is the world of the living and the other is the spiritual world – why can’t we give all our children both of them? It must be mandatory for all children in The Gambia to go to school, the common school, and learn how to become a skilled citizen. It is the government’s obligation to make this possible. Our religion means a lot in our society, but we must also become skilled in other areas to be able to develop our country.