Chad: the wreck of the African Union 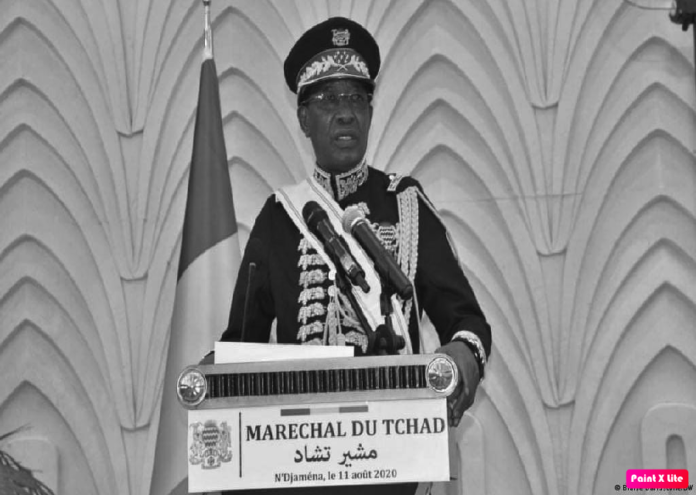 Before the grand burial he prepares for his late head of state, Chad lay bare the contradictions, exposes the wreck of the main African integration organization, the African Union (AU) flying its loudest doctrine : The refusal of military takeover in Africa.

Everyone remembers just less than a year ago, how agitated she had been to force Malians in revolt against their then leader, ex-president Ibrahim Boubacar Keïta, not to lead their lives.

She had demanded the eviction of the Transition Military Council which had been set up to replace it with a duo composed of a retired President of the Republic, Bah Ndaw, military retired, thus ??civilized”, with a full prime minister civilian.

In doing so, she recalled the doctrine that has been a torch in this regard since the adoption in June 1999 in Algiers at a summit of the former Organization of African Unity (OAU), its ancestor, of a resolution banning arms to power. In clear, through military coups.

Unfortunately, it is a timorea UA who has shown herself at disadvantage since the death of Chadian Marshal, who has been screwing up for over thirty-years.

At most, from his square shoulders, which looks like he’s trimmed to watch out for the one who was born, his boss in his home country, Chadian Mahamat Faki Moussa, who is chairing the African Union Committee, found nothing but expressing his ’emotion’ at what is just a military coup perpetrated, with the help of an ethnic camrilla of high ranks of the army, by a General made from the flanks of his father, Mahamat ?driss Déby-Itno.

The Zaghawa ethnicity watches, in doing so, to maintain control over the country.

The African Union is silent while the Chadian army, contrary to its standards, takes its neighborhood quietly.

The shame. The dishonor. She plays the dead, while in front of the eyes of the whole world, a military power, deploying all its atours, proclaims his takeover in Chad, on the still hot remains of President Idriss Déby-Itno.

His silence adds more to confusion. Like to prevent a decryption of what is probably a round assassination. A parricide, a Dallassian crime, and even a cold execution of the Marshal, the last lubie of a blood-headed man, by his own troops, enjoying a beast mounted on the front. In short, an unjustifiable death by the fire of a rebellion, convened by its executors to build him, as cynically mounted crowns, a heroic imagination to perpetuate a gesture around his now inert body.

The silence of the African Union signs its own death. It is, in fact, not at a contradiction. Already 8 years ago, in 2013 she pledged to make 2020, the one where weapons would be permanently killed on the continent. It’s the opposite. Wars are resuming. From Mozambique to Mali, from Ethiopia to Eritrea, from Libya to Chad, they kill, more beautiful, when the Pan-African organization is always deeper into the sand.

All the chairman of his commission knows how to do is participate in swearing-in ceremonies following stolen polls on the continent. He has become the master-es-validation of election fraud. Nothing comes from him to remind the principles, to place the continent on the track of its takeoff. How can you be surprised from a product of the serail of autocracy at its worst, since he did all his classes at the Déby Academy of the murderous dictatorship?

Let’s not, however, mistake: Moussa Faki Mahamat only prolongs what is on the process of becoming the generalization of a model of family sustainability on the continent. The example comes from Togo, the first land to have been the scene of a military coup in Africa in 1963 before being in 2005, when its generalissime president, Gnassingbé Eyadéma, the one where the succession of a father by his son was perpetrated under the bayonets of the military. It is remembered as if it was a plan for Chad’s scenario since yesterday.

After closing the Togolese sky and closing the entry into the country of the constitutional successor of the late president to be Fanbaré Natchaba, then President of the National Assembly, Togolese soldiers held an election where they were seen to be stolen in broad daylight from the polls to go quietly to organize the victory, so the installation in power, of Faure Gnassingbé, the heir who has since joined the head of the country.

The scenario was barely revised in 2009 in Gabon following the death of Patriarch Omar Bongo. Despite an election he lost to his ex-best friend, now his fierce opponent, André Mba-Aubame, nothing was done about it, it was the process of ?? Togolizing ?? power that was imposed under the indolent eye of a community international accomplice. In Togo, the worst part is that Cedeao, the subregional organization, already under the leadership of conspirator Mohamed Ibn Chambas, had participated actively in the polling bag. In Gabon, the African Union, led at the time by Gabonese cacic of the Gabonese Democratic Party (CEO), Jean Ping, hardly mouft ã.

The trend in Togo confirmed yesterday with the resistible will of the ethnicized army, with the kindness of Deby’s man at the AU, to apply the doctrine of the dynastization of power in some tropics. With France’s discreet but cynical support here, like in Togo or Gabon, more than ever eager to keep high hands on its latest post-colonial confetti.

If not the exceptions noted in Angola and Senegal where the dynastic dreams of ex-Presidents Dos Santos and Abdoulaye Wade were upset, there might have been fears that a ?? template “, a new form of devolution of power is in the way to be adopted through terror and electoral crimes validated by a combination of internal and external forces.

This trend is serious and dangerous. She needs to be fought. The Chadian case offers the best excuse for urgent reflux to happen. It is the duty of the African Union, with the help of the entire international community, to condemn yesterday’s coup d ‘ état in Chad, to reject the military power whose announcement of an 18-month transition is not intended than to prepare your installation to remain, and therefore to request that the provisions of the constitution be implemented.

Clearly, it is the President of the National Assembly, Haroun Kabadi, who is to assume the functions of President of Chad, leaving, around a table with the socio-political forces of the country and the international community, to organize within a close time frame, a transparent and inclusive presidential election, democratic for once.

The threat of the armed rebellion that agitates the country should not serve as a pretext, it is just another reason for Chad to come out of its shenanigan responses, against the background of clanism and the capture of power by private interests, so that the chance of a ??social re-engineering ?? sets the start to a new era in this blafard country with years of violent conflict and misgivings, underdevelopment.

Except for wanting to remain a cursed land of fire and war….

The African Union, through the voice of the Chairman of its Committee or that of its Chairman-in-Office, Congolese Felix Tshishekedi, must wake up from his deep sleep and say halt to the coup that Déby-Itno’s son has just done ..

It’s what he has left of honor that’s at stake.

Ps: The appointment of Brehima Ouattara, Alassane’s brother, in C ôtete d ‘ Ivoire, to the post of Minister of Defense, is participating in this popularizing African power family.