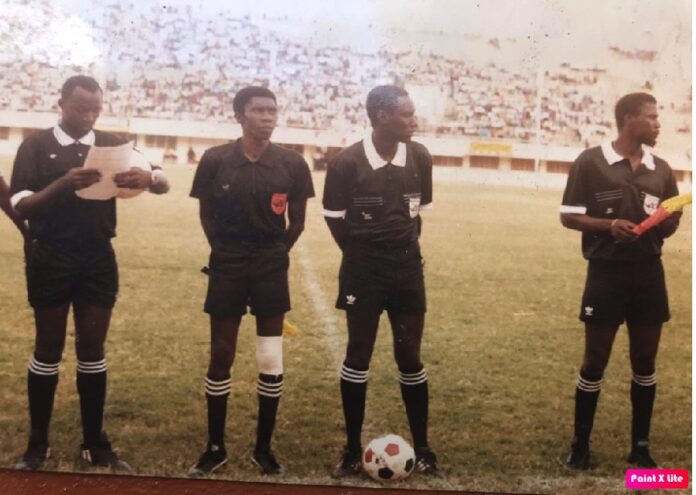 The Gambia Football Federation, GFF, over the weekend announced the death of international referee Bai Jobe. He died on Thursday. The GFF described the late Bai Jobe as one of Gambia’s best during his time. “He began his career in refereeing in October 1986 when teams were very few and referees were not many too “, GFF Exco Member Alagie Faye disclosed.

The GFF President Lamin Kaba Bajo commented.  “I am deeply sad that we are mourning another fallen member of the football family Bai Jobe will be remembered for his love and unalloyed passion in football as evidenced by his devotion to the growth and development of Gambian referees. He was truly professional with outstanding abilities and.”

Retired former Gambian international referee Alagie Faye described the late Gunjur-born as a devoted Muslim and had loved his family very much.

Bai Jobe was a onetime goalkeeper for White Phantoms before moving to Kwame Football Club in Sere Kunda.  He was also a trained civil engineer.