Sabi complains to gov’t after woman drowned in ‘neglected’ culvert 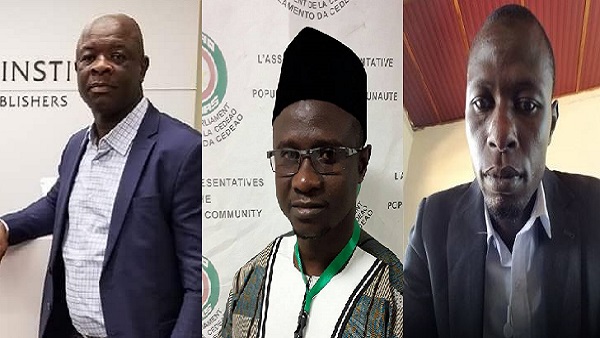 The Sabi Ward Development Committee has written to the ministry works, the National Road Authority, the Governor of URR and the NAM for Basse over a neglected culvert after a woman, identified as Jainaba Jobarteh, fell into it when a taxi she was in somersaulted into the river.

In the letter copied to the National Assembly, Basse Area Council, GPU, the Sabi WDC urged the government to as a matter of urgency fix the broken part of the new Kumbija bridge to avoid further fatalities.

“This is caused by the lack of proper planning and consultation during construction of the bridge. Now the bridge needs serious and urgent attention to enable the community’s smooth movement,” the letter read.

The Sabi ward development committee blamed the government for not consulting them during the planning and implementation of the bridge.

“When the said project was announced and the time it was about to start, almost every inhabitant of the surrounding communities was delighted. However, when the contract was awarded, the way and manner the work started was worrying.

“Neither the Ward councilor nor the WDC was informed or involved in the process. This, we felt as authorities of all developments in the Ward, were not the proper procedures. The road was shut-down without any alternative for crossing to ease the movement of goods and people,” the WDC letter added.

The WDC said they once wrote to the NRA querying about the manner the contract was handled but they didn’t get any response.
“In addition, we never saw the copy of the project document for the sake of transparency and accountability. Therefore, we are hereby requesting for the project blueprint and contract agreement copy to be sent to the councilor of the Ward.

“As a ward development committee entrusted with powers by the Local Government Act 2020 to monitor and supervise any project within our jurisdiction, our main concern now is that the bridge has started experiencing damages and people are beginning to die there,” the WDC noted.

When contacted for comment, Momodou Senghore, Managing Director of NRA said: “The culvert itself has no problem…it is the embankment leading to the village that has been eroded. I was with the Basse MP today and I am going there tomorrow to assess the damage and see how best it can be remedied”.
However, Senghore said his office has not received any letter from the Sabi ward development committee.