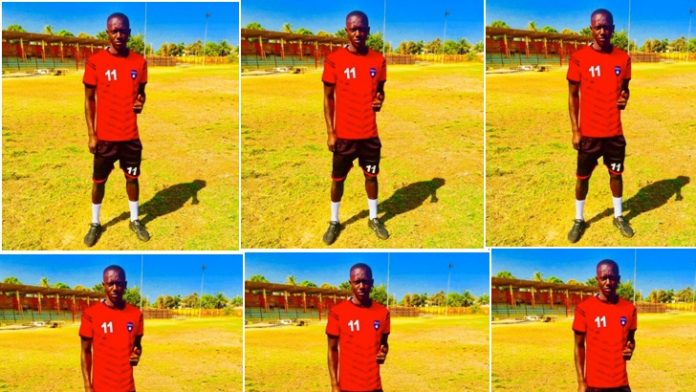 Fakebba Barrow, a 25-year-old player of first division side SamgerFC diagnosed with fracture dislocation, is seeking assistance for overseas treatment. The injury is also associated with his cord and the player is seeking for support to travel for treatment in Turkey.

A native of Jiffarong village, Kiang West now residing in Sanchaba, Barrow was involved in a car accident last December.
He was admitted at the EFSTH in 2019 for more than two months without improvement.
He was discharged after surgery and was going for follow-up on out-patient basis while continuing physiotherapy.

His doctors have now recommended overseas treatment for him upon his family’s request.
The doctors reported that the “patient benefited from surgery (reduction of the bilateral facet joint dislocation, laminectomy of T12 and T11-Li fixation with pedicle screws and rods), which was satisfactory. He however developed surgical site infection postoperatively, which was managed with IV antibiotic and daily dressing.”

According to the medical report a thorough discussion of the prognosis was explained to the family after which he benefitted from the surgery.
The emotional Mr Barrow told The Standard yesterday that he is worried his dream of being a professional footballer could be shattered.

“We are appealing to government, philanthropists, the GFF and all football lovers to come to my aid. It is your Gambian brother appealing for support to save his future,” he said with tears.