In Sana Sabally's testimony at the TRRC on July 24, 2019, we saw not only an unintelligent serial murderer who one time held the second highest office in the Gambia but also an unstable personality whose asinine judgment is beyond any measurable benchmark. We should be glad that such an imbecile is no longer serving in the GNA. 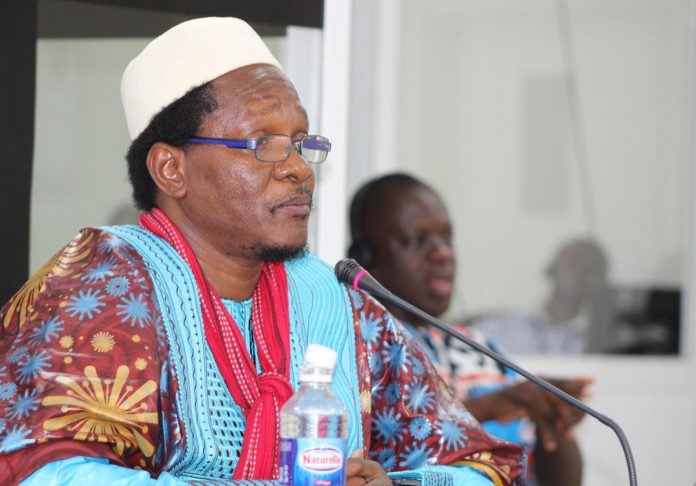 In Sana Sabally’s testimony at the TRRC on July 24, 2019, we saw not only an unintelligent serial murderer who one time held the second highest office in the Gambia but also an unstable personality whose asinine judgment is beyond any measurable benchmark. We should be glad that such an imbecile is no longer serving in the GNA.

I was however consoled that in the manifestation of his hateful spirit he inadvertently exonerated me from the twenty-five year old speculations or allegations that I was a party to his illegal conspiracy to overthrow the PPP government in 1994. The guy could never fathom my outspokenness and impatience against injustice and moronic fellows like him.

It was on that foolish sentiment of hate that he thought he could humiliate me by emphatically insinuating that I would have been the last person he would have trusted with the secret of his coup plot because of his certainty that I would have leaked it to the public. No, I would not have leaked it but would have instead done what I tried to do but failed on July 22, 1994. Stopped it by all means possible. It was after all a risky business trending with all the hallmarks of transforming stable nations into lawless ones for the benefit of criminals, warlords and weapon traffickers.

I can however attest that his limited IQ couldn’t rationalize the fact that with all the need-to-know restrictions of the conspiracy theory shared with the only trustworthy operatives the fact remained that it leaked woefully in the country well before the day. So how clever was the dummy in his assortment of the most reliable folks entrusted with the secret who in his shallow mind should have kept it more confidential than Samsudeen Sarr?

Funnily the clowns who until when Sabally in his deposition finally proved them wrong had dogmatically peddled the misconception that Samsudeen Sarr had something to do with the planning or execution of the coup have now flipped the scrip out of obsessive resentment by sympathizing with the psychopath and even commending him for not sharing the coup secret with me in 1994, lest I would have betrayed him to the authorities. To these despicable folks, the coup was villainous when I was suspected of being a part of it but perfectly acceptable when it now sank into their knuckleheads that Samsudeen Sarr was after all never a part of it.

The Sana Sabally they were vilifying few weeks ago for being a principal actor in causing the unnecessary deaths of Lt. Basiru Barrow, Lt. Gibril Saye and all the officers whose remains were exhumed from the Yundum Barracks mass graves is now a venerated warrior despite all his brainlessness throughout the TRRC hearing.

He further unintentionally cleared my name over the allegation earlier made by RSM Jeng that I was behind his arrest and detention at Mile Two prison on July 23, 1994 carried out by Sabally. Sabally has made it clear that he on his own accord arrested the RSM for his failure to support the takeover.

I was indeed expecting the normal followup question from Counsel Essa Faal to further ask Sabally what he had to say to RSM Jeng’s suggestion that Samsudeen Sarr indeed convinced him to arrest and jailed him at the central prison; but he didn’t. That would have been more obvious that either Baboucarr Jeng fabricated that story or “the Sabally’s orderly” he wouldn’t name publicly lied to him. That could have possibly discredited the RSM, one of the TRRC’s super star witnesses.

Let us now look at few of Sabally’s misinformations. But before that I would once again reiterate my concern over the disservice the TRRC is doing to the Gambian people and the army in particular for not co-opting a seasoned GNA military officer in the commission who could be fact-checking dishonest witnesses like Sabally who will simply falsify the truth and bluff their way through with the understanding that nobody could catch them on the spot.

1. To justify the torture of AIG Chongan, Capt. Mamat Cham and RSM Jeng at Mile Two Prison on September 6, 1994, he fabricated a story that the late Daba Marena, NIA, tipped them off with an intelligence that AIG Chongan was having secret contacts with foreign diplomats in the country. And that when they arrived at the prisons that night they first paraded all three of them and explained their crimes before torturing them.

If the intelligence from the NIA was about Chongan why include Jeng and Cham. In fact they were dragged out of their cells one by one and severely beaten starting with Mamat Cham. I hope these folks will come out and debunk such a blatant misinformation which shows how insincere he was for apologizing to them. Why wouldn’t he just tell the truth now? Anyway the outspoken Samsudeen Sarr will always speak.

2. Sabally in his preparatory strategy to justify the killing of Lt. Barrow, first talked about how they met at the Officers’ Mess in Yundum on July 20, 1994 where the MTO officer lured him into his vehicle and drove him to the army headquarters in Banjul to meet the army commander whom he believed was using his colleague against him.

3. On that questionable incident he explained how Barrow used the old rotary telephone set, the only ones available at the time to call the army Hq. in Banjul and literally reported him to the commander. But before leaving for Banjul he got two pistols ready to fight to the death. You don’t easily grab weapons like that in the army. That was a joke. The heavy weapons he claimed to have taken from the armory with the help of the late Almamo Manneh and concealed them somewhere couldn’t have happened in the GNA either. All the heavy weapons were taken out of the armory on July 22 after the keys were seized from Adjutant Sheriff Gomez to open the doors. And mark you, as customary, he either would not remember his source of information or give names of dead people. At the headquarter in Banjul he claimed to have first met the army commander Gen. Dada in his office who referred him to Col.

Akoji and saw Col. Owonobi there as well. That was also false. Gen.

Dada by that date had stopped coming to work and was staying in his house while Col. Owonobi was in Nigeria with Col. Gwadebe to sort out the command impasse of the GNA.

4. Sabally in his “bravado” actions on the day of the coup narrated how “cell phones” were ringing after he thought he had disconnected all phone services in the country compelling him to go and cut off more telephone lines forgetting that he had earlier mentioned the non-existence of cell phones in country at the time.

5. Sabally said that AIG Chongan and Capt. Sonko were planning a coup at the police headquarters in Banjul warranting their arrest and detention. He got the intelligence from a senior female police officer “whose name or identity he couldn’t remember”. But he indeed believed her word and readily acted on it. That was another fake story. None of those officers were planning a coup to justify their arrest or detention.

6. His pending assertion in his next appearance is to convince the TRRC that his ultimate arrest and detention was as a result of his attempt to ensure that the AFPRC would hand over power to a civilian government after six months agreed. He has already laid that background for that misinformation.

I could go on and on with too many misinformations given by this shameless killer, but somehow, for not knowing how the military operates, people are hailing him as a hero and straight talker.

Sabally is not at all a hero neither was he a very bright soldier. His knowledge of the responsibilities of the military was and still is very elementary. He had had no right to be in uniform and is a very bad example to young men and women aspiring to become career soldiers. He is undereducated, inexperienced and dangerously unstable.

He had merely pretended in showing remorse for the atrocities he committed. I can understand that coups and counter coups are unnecessary life and death struggles, but justifying them as means at the disposal of armies to change a democratically elected government because of the reasons he forwarded illustrates the man’s primitive intellect. Sabally will go to his grave not sincerely understanding the real function of military establishment.

We should all celebrate his removal from all forms of military duties and should never be allowed to ever serve in any security force in the Gambia. The guy is evil and toxic, period.