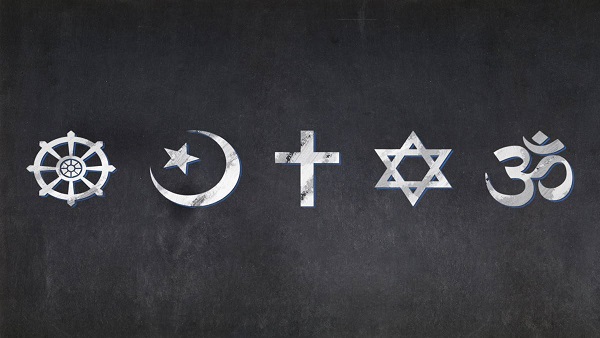 I’ve read with keen interest many projections arguing about and against the legal omission and not removal [because it was never legally there in the first place] of the word “secular” from the draft constitution of the Republic of The Gambia in circulation with many ill assumptions that such a bold undertaking by the CRC amounts to/will amount to the absence of protection for minority religions notably the Christian community and at most, a path to reshaping our country into an Islamic State.

Nothing could unfortunately be further from the truth than such phobic assumptions!
But before proceeding with my rebuttal, I would first want to state why I carefully chose the word “faith” and not Christianity as a specificity despite majority of the protesters against the rightful omission of the word secular from our would-be constitution by the CRC being my Christian brothers and sisters majority of whom I share blood. The reason however is simply which is that secularism as a thought of governance, a composition of a society and/or a way of living for a people isn’t a protector of ANY faith but respectively a promoter of irreligiosity in governance, in a society and/or in a people for no faithful person can live a day without religion as it is a guide to betterment in one’s daily living.

And to start with, the Mandinkas say that “nee e’laftah moolung nah, aboo’dulah nying ning ka” literally translating to, knowing a person is established by knowledge of his/her origin.
Therefore, it is worth asking the fundamental questions what is secularism and where does it originate from?
Secularism according to history was first thought by a British writer George Jacob Holyoake in 1851. Holyoake as an agnostic came about the term secularism to describe his views of promoting a social order separate from religion, without actively dismissing or criticizing religious belief.

But one would rhetorically tend to ask the questions how and where can religion be extracted from a social order in a supposed religious society and what entails being an agnostic being?

In leaving you with the answers to the above questions, it is prudent to state that it is easier for a free thinker to conceive the illusive thoughts of separating religion from his/her social life than that the believer can do in refuting the existence of life after death.
Moreover, the best available definitions for secularism are:
· Indifference to, or rejection or exclusion of, religion and religious considerations (Merriam-Webster).

· The belief that religion should not be involved with the ordinary social and political activities of a country (Cambridge Dictionary).
· The principle of separation of the state from religious institutions (Oxford Dictionaries).
· A system of social organization and education where religion is not allowed to play a part in civil affairs (Collins).

· A theory, belief, ideology, or political modality that demarcates the secular from other phenomena (usually religious) and prioritizes the secular over the non-secular in some regard.

In light of the above-mentioned brief history and definitions of secularism, folks protesting for the addition of the word “secular” to our constitution also advanced four main arguments to support their protest and they’re that;
Secularism advocates for the separation of religion from governance
Secularism promotes fairness and neutrality.
Secularism protects minority religions/faiths.
And that secularism preaches about the common good.

To give all these arguments a fair treatment, I would like to address each one of them by citing illustrative examples of contrasting occurrences in nations considered to be secular while comparing those occurrences to what have been happening and continues to happen in The Gambia since independence – as in our harmonious living as one people of diverse faiths – despite this recently growing phobia in our Christian brothers and sisters for the mere absence of the word secular in our draft constitution so as to let the readership decide if secularism as widely preached and believed, is exactly what is being practised by nations propagating it.

First, to refute the claim that religion can be separated from governance as advocated for by secularism and its believers, we must sincerely ask ourselves the questions who forms the government and who governs in a government? The genuine answer to these two very important questions as far as our sociopolitical affairs are concerned, is The People. Hence if it’s the people that forms governments and as well govern, there cannot therefore in anyway be that possibility of them separating religion – which is a prescribed way of living – from their daily work as members of a government nor can they govern as irreligious beings except if they are irreligious as the founder of secularism and not just for secularism sake.

Second, the United States is considered to be one of the most secular nations in the world however, in spite of its claimed secularity, it isn’t fair and neutral as far as faiths and the claimed separation of governance and religion are concerned for America do not only celebrate Christmas [a religious feast] but observes it as a national holiday despite it having nothing to do with governance as preached by secularism while none of the Muslim feasts for the millions of taxpaying Muslim Americans is graced with a holiday.
Is that fairness and neutrality as preached by secularism?

Flipping the coin to The Gambia, which is considered to be “unfair and not neutral” as with regards to religion by the omission of the word secular from the constitution, accords both the Christians and Muslims equally, holidays for their respective feasts.
What is fairer than this as in treating all faiths equal?

Moreover, Sunday is an official non-working day in all “secular” countries but not Friday which in The Gambia is a half day regardless of both being very important prayer days for the Christians and Muslims accordingly. I know some will argue that it was designed like that but that will reproduce the rhetorical question, designed by who and for what?
Third, secularism as I’ve earlier mentioned was never thought of as a protection of ANY faith nor is it a protector of any as repeatedly demonstrated by the continuous persecution of minorities especially Muslims in the so called secular states. If secularism is a protection for faiths particularly minorities as claimed, people wouldn’t be dictated on how they should live and practise their faith much more be restricted of their choice of dressing as we continue to see and hear happening in the very nations promoting secularism. Therefore, it is safe to state that secularism isn’t a protector of any religion but a promoter of irreligiosity which is contrary to our ideal values as a country of a majority religious people.
In fact what is more tolerating and beautiful than seeing a mosque and church share a fence as seen at the township of Brikama or Muslims and Christians celebrating and sharing pleasantries for each other’s feasts as one people or respectively sharing and rejoicing each other’s grief and happiness as a people of the same belonging which is never seen or rarely happens in the so called secular states?

To conclude, the addition of the word secular to reflect what we are not as a religious society cannot be a protector for minority religions as assumed just like having “The truth shall make you free” boldly written at the TRRC sitting room isn’t making witnesses speak the truth and nothing but the truth as wished by the commission. However, it is a tolerant society plus the existence of entrenched clauses like section 151 (2)(b) of the draft constitution that prohibits the passing of any bill/act of parliament that will declare anyone’s faith as a State religion that can only serve as a protection to all faiths to ensure religious harmony just like the sections of the TRRC act that compels witnesses to speaking the truth to ensure accuracy of accounts as they’re being recorded.
To be religious demands that you are tolerant however tolerance equates not to secularity. Therefore, The Gambia is a religious country with majority tolerant people that are not secular nor will we ever be secular!
Between, if the UK considered to be secular has Sharia Courts despite having a minority Muslim community, why not The Gambia with a majority Muslim population and if a Sharia Court is a religious court, why would a judge with knowledge of only common law sit in it?
Keep us great God of nations [against secularism], to The Gambia ever true!

Dr. Muhammëd Têks Tékanyi is a Senior Medical Officer and graduate student of Health Policy and Management at The Graduate School of Public Health and Health Policy, City University of New York, United States of America.