Security beefed up at Bakau cemetery after exhumations 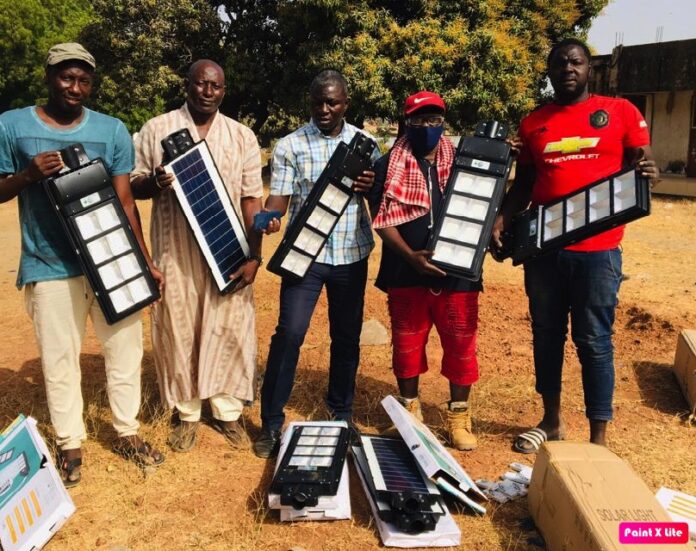 Last Monday, the town’s councilor together with other members of its Ward Development Committee, installed at least 22 solar lights that they hope will help boost security of the sacred place and prevent further intrusion by unscrupulous elements.

Speaking to The Standard, Lamin Dibba, the councilor, said some of the solar lights were donated by Mayor Talib Bensouda, a native of Bakau.

“The other 12 lights came from the councilor and WDC,” he said.

He said following its installment, he went on a conducted tour of the site and the “whole place was beaming”.

“Immediately after I entered the cemetery, a group of boys saw me and followed me in but having realized it was me, they retreated,” the councilor said.

He added that the attitude of the boys demonstrated the vigilance of the town in the wake of the shocking excavations.

“They have become so suspecting now that anyone who enters the cemetery would be keenly observed,” the councilor added.

The NAM for the coastal town, Assan Touray, said the new development is the culmination of a series of meetings held with stakeholders.

“This [the lights in the cemetery] is significant because in the past there was no light there. Now that there is light, even from a distance of 60 metres, one can see inside the cemetery and what’s going on in there,” he said.

NAM Touray also announced the formation of a group of young people who he said will be tasked with securing the cemetery from offenders.

“You can call them vigilantes or whatever name you like, the bottom line is they need to protect our town because incidents of such nature gives us a very bad name,” the lawmaker said.

The new measures are being taken in the wake of mysterious exhumations in the cemetery. The disinterment of the body of an old lady followed another recently, prompting the authorities to move to secure the resting place.

By Lamin Cham Superintendent Lamin Njie confirmed yesterday that the police have opened and expanded investigations into the brutal murder of a young girl in...
Read more
News