Senegalese man and his family die in suspected arson in US 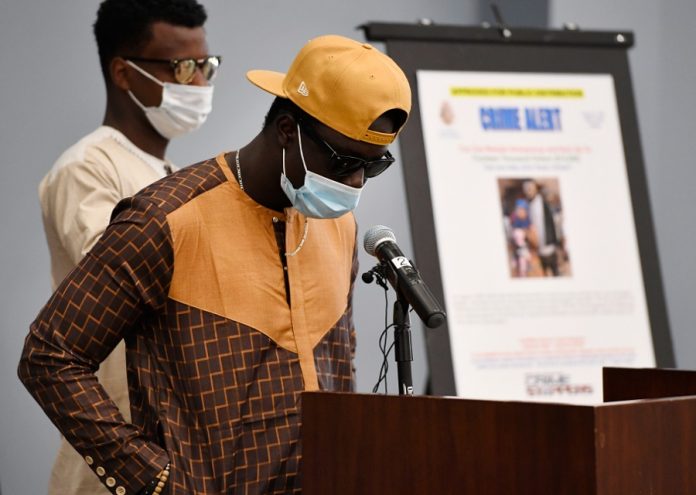 The Senegalese community and relatives of the family killed Wednesday morning in a Green Valley Ranch house fire pleaded for the public’s help Friday, with the department offering a substantial award for assistance solving one of the city’s most serious arson cases in years.

Police announced the $14,000 award during a Friday afternoon news conference, seeking information into the fire that killed five members of a Senegalese family. They were identified as Djibril Diol, his wife, Adja Diol, and their 3-year-old daughter, Kadidia Diol along with Djibril Diol’s sister, Hassan Diol, and her infant daughter, Hawa Beye.

Firefighters responded around 2:40 a.m. Wednesday to a fire raging at the 5312 N. Truckee St. home. They were unable to save the family, but three others living in the house jumped from the second floor of the house and survived without life-threatening injuries. They have not been identified.

Investigators quickly labeled the fire as an arson and on Friday they asked the public for information that could lead to an arrest.
“Beyond the money, what I’m asking for is a heartfelt plea,” Joe Montoya, a Denver police division chief, said. “I want people to look into their hearts … and understand that this was a family that was thriving. They were heading the right direction.”

Denver fire and police investigators have not said why they think the fire was suspicious or what motive someone might have for targeting the Diol family. As Muslim advocacy groups this week questioned whether the incident was a hate crime, Montoya said investigators “don’t want to get tunnel vision” on a potential motive.

The fire devastated Colorado’s Senegalese community and dozens gathered outside the burned house Wednesday to mourn and watch investigators pick through the house for clues.

At Friday’s news conference, Papa Dia, founder of the African Leadership Group, said the African community “is not used to seeing something like this take place.”
“We consider ourselves part of this society, part of this great nation we call home,” he said. “And this is a time where you don’t want to feel alone.”

The tragedy prompted an outcry of support — from Mayor Michael Hancock to ‘Senegals president, Macky Sall, who tweeted that he would be following the investigation from West Africa.

Senegal’s consul general, Elhadji Ndao, flew in Thursday from New York to pay his respects.
“People were shocked back in Senegal,” he said. “There’s consternation — almost anger. These were young people who were known to be peaceful.”
A GoFundMe to help the family pay for funeral expenses and other costs has raised more than $142,000 in two days.

Moussa Diol, whose brother died in the fire, could barely speak as he stepped behind the podium Friday to ask for justice.
“Nobody deserves this,” he said quietly.
Source: New York Times