Soldier claims he was shot by Singhatey, saved by Sabally 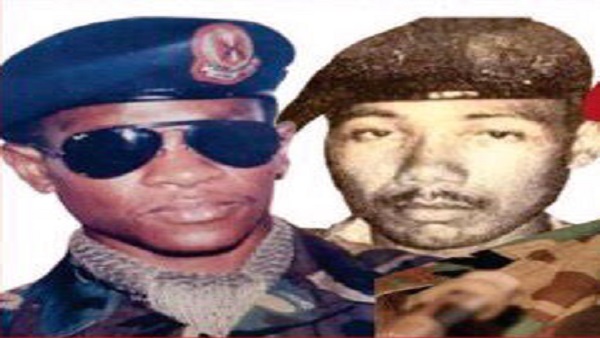 In an emotional testimony at the TRRC yesterday, private soldier Alagie Kebbeh narrated how he was shot by Junta strongman Edward Singhatey who was prevented from finishing him off by his boss at the time Sana Sabally.
Both men have been accused by numerous witnesses as the leaders of the mass execution of soldiers in November 1994.

Kebbeh disclosed that he was arrested and placed in a car boot by Sergeant Lamin Fatty and Peter Singhatey. He said as he talked with Sana Sabally when they arrived at the guard room at the barracks, Edward Singhatey fired bullets which passed through his left side to the right side of his abdomen.
He explained: “As I was telling Sana Sabally that I will not be part of anything, Edward hit me with bullets and as he rushed to finish me, Sana Sabally asked him to stop. I was left lying in a pool of blood in terrible pain. I felt incurable pain and I told them to finish me because of the pain but Sana shouted for medics and first aid who evacuated me to the then RVH,” he explained.

Mr Kebbeh went on to refute the evidence of Lt Col Babucarr Sanyang, who claimed before the commission that he [Kebbeh] went to his house to tell him their intention to remove the council from power.
“I never went to Lt Col Sanyang’s house to tell him that we wanted to remove the council from power and that he should line up soldiers for the operation. I am not that type of soldier, I can tell you I was the most discipline soldier in the army at the time,” Kebbeh emphasised.

Kebbeh who described the impact of his arrest and detention on his family as “terrible” also refuted attending meetings with council members regarding promises they made to the soldiers, saying it was “just a bunch of false allegations concocted against him.”
He told the commission that despite the gravity of his pain and wounds he was going through while he was detained at Mile II, he was never processed or given access to a lawyer. He said his service was terminated without due process.