Muhammed Sandeng, son to the late Solo Sandeng yesterday told the Banjul High Court, trying 9 NIA officials for the killing of his father that the night he received news of his father’s torture and death at the hands of the NIA, he could not believe it.
He was even more shocked when a UDP press conference confirmed his fears.
Mr. Sandeng said he further learned from an affidavit response from one Sheikh Omar Jeng stating that his father died of respiratory problems and shock.

The 21-year-old political science student continued to state that neither him, nor his mother had the opportunity to see his father after his arrest even after vigorous searches that took them to the PIU, Mile 2 and the NIA.
The witness continued: “I remember waking up in the morning of April 14, seeing my father in perfect health, only for me to receive a call that my dad was arrested and later taken to NIA.”

The junior Sandeng whose testimony sent the court attendance to tears concluded that on March 4, 2017 a team of 20 men took Sheikh Omar Jeng to his father’s grave at Tanji for exhumation. He said during the exhumation they found a cloth, mattress and skeleton, which was later taken to the EFSTH. 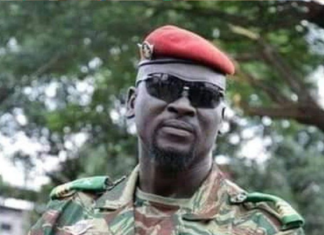 September 17, 2021
Leaders of the Economic Community of West African States (ECOWAS) started a crucial extraordinary summit in Accra on Thursday over the military coup in...