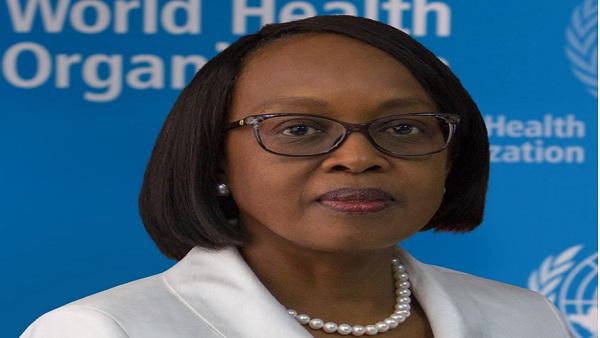 The theme for this year’s commemoration of World Malaria Day, “Zero Malaria Starts with me”, stresses the need to empower individuals across the world to make a personal commitment to saving more lives, and help communities and economies to thrive by eliminating malaria. Empowering individuals and communities and engaging them to adopt and deploy simple and cost-effective interventions is key in filling existing implementation gaps.

We must also accelerate the pace of progress if we are to achieve a 40% drop in global malaria cases and deaths by 2020, compared to 2015 levels. This will propel countries along the road to elimination and contribute to the achievement of other Sustainable Development Goals, such as improving maternal and child health. We need to accelerate progress as there are significant gaps in the implementation of measures to prevent malaria, and stagnating international and domestic funding for malaria prevention and control. We therefore call for renewed political commitment to eliminate malaria and for increased investments on malaria prevention and control and urge governments to mobilize all necessary internal and external resources, and ensure intersectoral and cross-border collaboration.

Although countries across the African Region have led a massive effort to expand access to malaria control and following an unprecedented period of success in global malaria control, the 2018 edition of the World Malaria Report confirms the findings of the 2017 report and revealed an increase of 3.5 million cases of malaria in the ten highest burden African countries, as compared to 2016. Alarmingly for Africa, of the 15 countries that contributed to 80% of the worldwide malaria burden, all but India are in sub-Saharan Africa; in addition to India, ten of these 15 countries account for about 70% of global malaria cases and deaths.

Despite these developments, there are signs of progress as overall trends show that between 2010 and 2017, the estimated number of new cases of malaria in the African Region cases dropped from 206 million in 2010 to 200 million in 2017, and the number of malaria-related deaths fell from 555,000 to 403,000. Two countries in the Region (Ethiopia and Rwanda) are among 20 countries globally that experienced a significant decrease in malaria cases (by more than 20%) and deaths in 2017 compared to 2016.

To respond to the challenge of rising cases in high-burden countries and reverse these trends, a ‘high burden to high impact’ (HBHI) country-led approach was launched in November 2018. Supported by WHO and the Roll Back Malaria Partnership, the response seeks to galvanize political will nationally and globally to reduce malaria deaths; it will also use strategic information to drive impact and implement the best global guidance, policies and strategies for malaria-endemic countries, as well as coordinated country responses.

In addition, countries in the Region are continuing to carry out malaria testing and treatment and also relying on preventive measures such the distribution and use of insecticide-treated nets and indoor spraying with insecticides as key strategies in combatting malaria. Half the people at risk of malaria across sub-Saharan Africa are now sleeping under insecticide-treated nets in 2017, as compared to 30% in 2010, indicating some success in behaviour change and outreach campaigns. This progress needs to be sustained.

I urge Member States to allocate adequate resources and to work across sectors and strengthen cross-border collaboration. With the required resources, strong coordination and dedicated partners, we can accelerate our actions to achieve a malaria-free Africa – transforming a common vision to end malaria for good into a shared reality for a healthier and more prosperous Africa.