Stand against authoritarianism before it gets stronger and bigger! The President cannot sack a Member of Parliament! 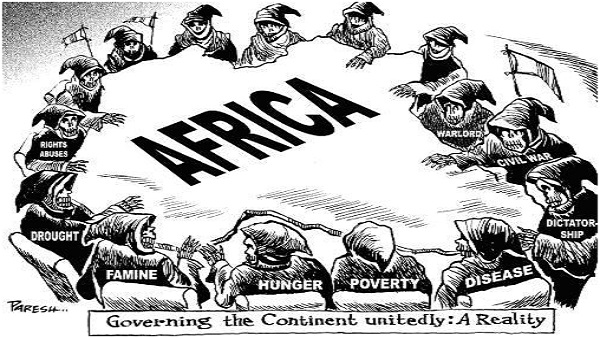 While the Constitution gave powers to the President to nominate five members, but it did not give him the same powers to dismiss a nominated member. To remove a member of the National Assembly there are laid down procedures in the Constitution such as Section 91(3) or Section 92 in the case of recall, both of which do not in any way involve the President. In fact, Section 92 requires that there is an act of parliament first to set up the procedure for recall of a member by her constituents yet there is no such act since 1997!
Even if one refers to the provisions under Section 231 ‘Construction of Various Powers’ which basically stipulates that the power to a person or authority to give or enforce an act, decision, proclamation or appointment also gives the same power to that person or authority take back that act it cannot still apply to the removal of NAMs, whether elected or nominated. Section 231 does not necessarily give any power of its own at first instance. Rather the powers expressed in this section derive from the powers given in the Constitution first and foremost.

In other words, since the Constitution did not give any first instance power to the President to remove a NAM therefore one cannot rely on Section 231 to just conclude that just because the President nominated then he can as well fire a nominated NAM. The reason the nomination powers of the President cannot automatically mean the power to fire in this case is simply because the Legislature is a substantive arm of the State which is not under the control of the Executive as the public service is. Rather the Constitution has set out clear procedures for the removal of NAMs without the direct involvement of the President. Therefore Section 231 cannot apply in this case.

From the foregoing it is therefore clear that the President has violated the Constitution by removing a Member of the National Assembly for which he has no authority. The President’s action constitutes a direct affront to the Constitution which has established the three arms of the State as the Legislature, Executive and the Judiciary. The three arms serve as check against each other in order to restrain each other’s powers hence separation of powers and hold each other accountable as they perform their functions according to the Constitution and other laws of the Gambia hence the rule of law.

None of these three branches of the State has the authority or power to interfere into the work of the other. Doing so would be considered an authoritarian act which directly undermines the independence, legitimacy and authority of the respective branches. More seriously, when one arm infringes on the other and there is no redress or repair in full and immediately then the very sovereignty and freedoms of citizens are at risk. Thus, the action by Pres. Adama Barrow is an impeachable act!
We can all recall how human rights suffered irreparably under Yaya Jammeh because of his direct interference with the Judiciary and the Legislature in the same way as Barrow has now interfered with the Legislature in the illegal removal of Ya Kumba Jaiteh. It is actions like this which create a situation where the President now personalises State institutions hence weaken them, undermine democracy and create bad governance in the country.

We must remember that the Speaker and Deputy Speaker are also Nominated Members. Hence if this illegal action by the President is allowed to stand then the very tenure of the Speaker and Deputy Speaker are also at risk. If we allow the President to be able to remove Nominated Members as he likes it means we are practically allowing the President to control the Legislature as he wishes. In that case the Gambia cannot claim democracy anymore but would be seen to be a de facto dictatorship which can only threaten the rights and lives of citizens once again.

Let us organize as citizens to demand that the President abandons this most illegal act and to stand firm until he withdraws. If we allow the President to succeed, we are directly and effectively endangering our own lives. It means we are allowing yet again another president to personalise state institutions and conduct public affairs as per his whims and caprices.

The unconstitutional sacking of Nominated Member Ya Kumba Jaiteh must be vigorously confronted and reversed immediately. It is in our individual and collective interest to stand up against the dictatorial tendencies of Pres. Adama Barrow early on before it grows into another cancer that will consume our nation once again.

- Advertisement -
Share
Facebook
Twitter
Pinterest
WhatsApp
Previous articleLetters : Congratulations on the occasion of the 54th Independence anniversary of the Republic of The Gambia
Next articleGambia’s TRRC, a soul searching exercise and a catharsis
Join The Conversation