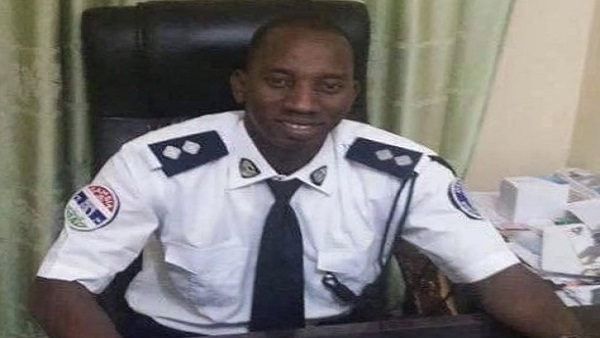 Chief Superintendent Muhammed Kanteh of the Gambia Police Force yesterday appeared before the Brikama Magistrate’s Court charged with a single count of negligence of official duty.

Muhammed Kanteh is accused of willfully leaving his duty place during the 3yrs Jotna protests to attend to his two brothers who were admitted at Serekunda General Hospital, one of whom was allegedly stabbed and the other wounded in the protest.
However Kanteh, represented by lawyer Lamin S Camara and Lamin Darboe pleaded not guilty.

Lawyer LS Camara urged the court to grant him bail arguing that the offence the accused was charged with is a bailable offence.
The presiding magistrate Peter Adoh Che accepted the application and granted bail to the Chief Superintendent, in the sum of D5000.00 with one Gambian surety.