The Gun Saga: The proliferation of weapons may lead to conflict or their indiscriminate usage 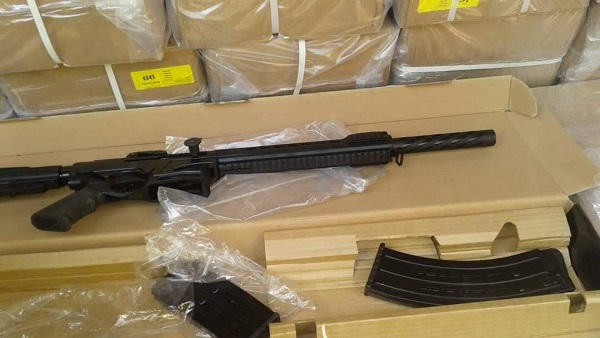 In the past week or so, there has been a lot of talk about guns and ammunitions in The Gambia. It was reported that a security company registered in the country has imported more than one thousand two hundred guns.

This raised a huge hue and cry as many people are of the view that the proliferation of weapons may lead to conflict or their indiscriminate usage thus causing loss of life. Many people are quoting other countries where guns are in abundance and the mayhem it is causing.

The said company, in defending their actions, claimed that they had earlier applied for, and were granted, the license to order these guns. They also said that the purpose is for hunting and recreation as the use of guns is sometimes used as a sport.

The police has impounded these weapons and opened an investigation into it as they have discovered that about forty of the guns were not the type contained in the bill of lading. The investigation will – is expected to – reveal why those guns, not among the licensed ones – were in the consignment.

The question many are asking however is this: Do we have enough forest suitable for hunting to warrant as many guns as one thousand? Where is the market for guns in The Gambia? Who will buy these weapons and for what purpose?

The primary duty of a government is to protect the lives and properties of its citizens. Thus, any action that may lead to – or is likely to contribute to – the loss of lives should be shunned.

It is hoped that the Government will thoroughly investigate this and inform the public about the outcome.

It may even be prudent to place a ban on the importation of weapons for the time being.

Charlie Hebdo and Islam: The provocations need to end NOW!

Once again, here we are talking about terrorism and Islam. The topic never goes away. It is true that terrorism exists. It is also...
Read more
Editor's Choice

For the past four days, nothing has been more discussed than the reported tribal remarks by tourism minister Hamat Bah. Whether his remarks were...
Read more
- Advertisment -